What to do during a medical emergency...

What would you do if you saw someone lying on the road bleeding after being hit by a car? Would you try and help them or would you just watch and just walk away?

CHENNAI: What would you do if you saw someone lying on the road bleeding after being hit by a car? Would you try and help them or would you just watch and just walk away?

Kala Balasundaram founded Amenity Lifeline Emergency Response Team (ALERT), an initiative to bring about a revolution in the way emergency cases are handled about 10 years ago. While working in an IT company in Taramani, Kala saw too many road accidents. “There wasn’t a day when I did not see an accident....most of the victims were youngsters between 20-24 years. And the worst part was that a crowd would gather around, doing nothing,” she says.

This disturbed her and she wondered why people wouldn’t even do the bare minimum of calling an ambulance. “That is when I realised that instead of being one of them, I need to do something different,” she sighs. And that is how team ALERT was constituted. Her team mostly consists of enthusiastic IT and bank employees who dedicate their free time and knowledge to saving lives. They have also been called for providing first aid and help during various events like marathons and beach clean-ups. 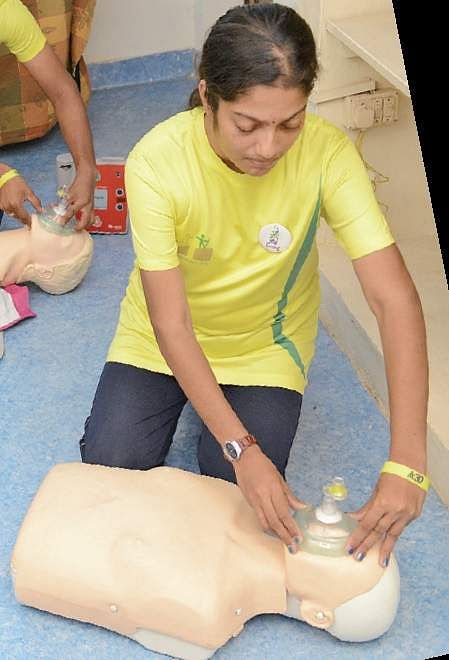 In 2006, the team conducted a survey to find out why people would not help others in need. “We tabulated the top three factors influencing this trend. People wanted to help but did not know how and were scared of doing something wrong that would cause further damage. Secondly, good Samaritans did not want to get legally entangled with the police and court. And lastly, most did not have the time to stop and help,” says Kala. “There have been instances when a victim could have been saved if he/she had been taken to the hospital on time. The first aid or first bit of help that is offered during an emergency can really save a life.”

She points out that no life should be lost due to lack of knowledge and therefore her team wants to ensure that at least one member in a family is trained in first aid and has the confidence to handle any emergency. “Emergency situations can arise at home too! For instance, someone can choke on something or collapse unexpectedly. People usually panic first and are often helpless...and call an ambulance after the first few precious minutes. By the time help comes, it’s often too late; so you need to be able to do something instead of panicking,” she avers.

Karthik Venkateshan, the manager at Alert, concurs, and adds, “We receive proper training in first aid from medical practitioners, before we venture out into the field to help others. We learn to give CPR (cardiopulmonary resuscitation), and on what to do when a person is unconscious, when there’s a fracture etc; we cover all the basics.”

Alert has successfully trained around 52,000 people in first aid so far and are looking at expanding further in Chennai.

Alert will be conducting a training and orientation session on June 25 from 9 am onwards at Neelankarai. For details, call:  9944066002