With the sport finally making its presence felt in its birthplace, local players are looking forward to play in the big leagues, Coach Baskaran tells CE

CHENNAI: For a State credited with inventing kabaddi, Tamil Nadu has been really late to the Pro Kabaddi League (PKL) party. While the league has done well to spread the sport’s gospel around the country, and the world, the notable absence of a team from the land of temples has always been scoffed at. But all that is set to change come the fifth edition of the event, which will see an expansion in terms of both teams (12) and length (four months, from July to October). 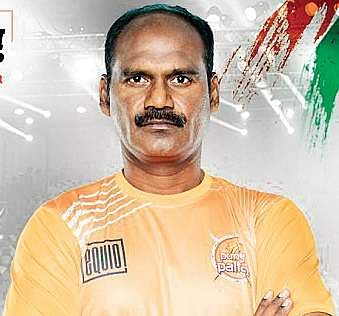 One of the new teams will be based out of Chennai, and judging by the way the auctions panned out on May 22 and 23, their new franchises focus will be on grassroots development. Coach K Baskaran agreed, “Finally, it's great to see a team from Chennai. The management has decided to concentrate on grassroots development, for that is where we can get talent for the future, while also ensuring that more and more kids join the kabaddi bandwagon. We want to ensure that Tamil Nadu becomes the cradle for the sport in the country, and for that, it is necessary to tap into the vast potential of the youth.”

The squad will get together in the first or second week of June for the camp, the coach added. “We haven't decided exactly when the camp for the league will start, but it should happen by the first week of June. It'll run for 40 days, and the venue is yet to be decided. For now, the two options are Coimbatore or Chennai. It should be clear in the next few days.”

Baskaran has earned his stripes. As a player, he won Asian Games gold in 1994, while also captaining India the following year. He has a vast coaching experience, having led Thailand (2009), Malaysia (2010) and the Indian squad at the 2014 Asian beach Games. The 48-year-old has coached teams in past PKL editions, but his greatest achievement is perhaps being part of the support staff when India clinched the Kabaddi World Cup last October in Ahmedabad.

But his greatest challenge could be leading the charge of Team Chennai come this time around, what with the league a four-month long affair, which can be quite taxing. “Of course, during the course of such a long tournament, there are bound to be injuries or an accumulation of niggles. And that's why we have to make sure that we make the best use of the camp, and work on the fitness and endurance of players. Apart from that, we need to take care of each player during the event so that they
stay uninjured.”

Baskaran also expects the Chennaites to play its part and support the team. “People in Chennai have been waiting for a long time to see their own PKL team and I am sure they'll turn out in huge numbers for the match,” he noted.
As Sachin Tendulkar is the co-owner of the franchise, the coach feels that his presence alone can motivate the players and also help the team to grab some eyeballs. Chennai, and by extension Tamil Nadu, may have taken time warming up to the wares of the PKL. But as the saying goes… it’s better late than never.

Know PKL
First event: 2014
Number of editions: 4 (till 2016)
Format: Caravan (teams travel together to one city at a time for 60 matches)
Defending champions: Patna Pirates