He was held on charges of sedition for addressing the United Nations Human Rights Council about the police firing on anti-Sterlite protesters at Thoothukudi recently.

CHENNAI: Founder of May 17 movement Thirumurugan Gandhi was arrested at Bengaluru airport on Thursday on charges of sedition for addressing the United Nations Human Rights Council about the police firing on anti-Sterlite protesters at Thoothukudi recently.

He had addressed the council at Geneva last month and only on Thursday he returned to India. He was detained soon after he landed at the Bengaluru airport since Chennai police had booked him under sedition charges and issued a notice against him. 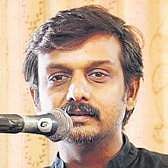 “He had attended the meeting in mid-July in which he raised the issue on police firing over the Sterlite stir and pointed out how Goondas Act was being misused by the State police for detaining activists. So, Tamil Nadu police registered an FIR against him under sedition charges and issued a look out circular,” said Praveen Kumar, coordinator of May 17 movement.

It is not clear who the complainants are. Since, a lookout circular had been issued, on Thursday, when Gandhi landed at Bengaluru airport around 4 am, immigration officials detained him and handed him over to the airport police in Bengaluru.

A Chennai police team reached Bengaluru to bring him back here after they produce him at a  magistrate court. Praveen further added this arrest was a violation of human rights. “In Bengaluru, he was treated like a terrorist and was forbidden to talk to anybody, including the members of the outfit”. He was expected to participate in a programme at Bengaluru to highlight the same issue on Sunday,” said a source from the outfit seeking anonymity.

“After he is brought to Chennai, a detailed inquiry will be held after which action will be taken against him,” said a senior city police officer.

The arrest on Thursday evoked strong criticism. The Human Rights Defenders Alert-India filed a petition with the National Human Rights Commission against illegal and arbitrary detention of Thirumurugan. It condemned the police action.

Now we are on Telegram too. Follow us for updates
TAGS
Thirumurugan Gandhi Thoothukudi Anti Sterlite Sterlite Copper