CHENNAI: Did you know that the Lhasa Apso has Indian origins? They were native to the eastern Himalayan region especially Arunachal Pradesh and Sikkim. They caught the fancy of the Britishers who exported them to England and then to other countries in the West. This little known fact and many other such information can be found in the meticulously researched and very entertaining book by S Theodore Baskaran’s The Book of Indian Dogs.

It is the most comprehensive compilation of the country’s indigenous breeds. Here is another very interesting nugget. In the 18th century, India boasted about having a dog breed called the Lut, which had a coat with a fascinating shade of blue. Amazing, isn’t it? 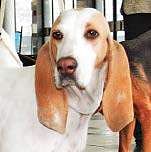 The Lut is just one of several dog breeds that have not been seen in living memory. The Indians’ love for everything foreign has led to over-breeding of the popular Western breeds such as Labradors, GSDS, and Bernard who are most unsuitable to our tropical climate and this has also led to some Indian breeds almost becoming extinct. Almost half the known breeds have ceased to exist, while several others are at the risk of extinction. Very few of us are aware of the majestic breeds native to our soil who were once favoured by the kings of our land and feted worldwide.

The most primitive and ancient breed of dog known to us that belongs to India is the Indian Pariah. Different from the stray/mongrel dogs we see on the city streets, the Indian pariah are pure in their primitive heritage.

Another is the Bhakarwal which is often used as a guard dog by the shepherd and goat herding tribes of Gujjars and Bhakarwals. On the other hand, breeds from the plains have very short and fine coats to cope with the perilous heat. The Jonangi, for instance, found in Andhra Pradesh, has a coat so sparse that its skin is visible through the coat. Author Baskaran describes it as one of the ‘pristine indigenous breeds’. Other working dogs include the Kombai, which originated in Madurai; Pandikona, which purportedly dates back to the Vijaynagar Empire and is now found in Kurnool, Andhra Pradesh; and Patti, which is often used as a farmhand in Tamil Nadu.

Sighthounds adept at hunting
A majority of the surviving indigenous breeds are hound dogs, which are adept at hunting. All Indian hounds, are sighthounds: they track their prey with sight and not scent, even though some of them have a keen sense of smell. Some of the major breeds among these are The Vaghari Hound, Rampur Hound, Rajapalayam, Pashmi, and Mudhol Hound (also identified as Karwani or Caravan hound. The feathered variety of this breed is known as ‘Pashmi’), Kurumalai, Kanni, Chippiparai, Kaikadi, Banjara Hound and the Alaknoori.

The Rampur Greyhound is native to the Rampur region in northern India that lies between Delhi and Bareily. It was a preferred breed by Maharajas of this region to help protect themselves against wild animals. The Rampur Hound is known for its endurance as it was built to cover large distances at great speeds. Bully Kutta, shares origins from both India and Pakistan and is predominantly found in the Punjab region. They are the most common choice for guard dogs but unfortunately, many of these dogs are still bred and nurtured for dog fighting purposes.

Kanni on verge of extinction
The Kombai was bred to hunt boar, bison and deer since as early as the 9th Century and is highly endangered now. Kanni is a rare indigenous breed of sighthound also bred in Tamil Nadu. They are closely related to the Chippiparai and are said to be descendants of the Saluki. This is one of the rarest breeds on the list, almost on the verge of extinction.

State’s support needed to preserve them
While individual dog lovers are doing their bit to preserve these dogs, these efforts — currently disparate and sporadic — need state support to be really effective. Without that, we could see a day in the near future when the number of Indian dog breeds is in single digits. Hopefully the recent induction of Mudhols, Rajapalyams and earlier instance of two Pariahs to Indian army will revive some interest in the preservation of these magnificent dogs. Our unique breeds deserve nothing less.

Brave Himalayan Mastiff
Some of the amazing ancient Himalayan breeds are the legendary Himalayan Mastiff famous for its bravery. Generally found in the Himalayan ranges, these Mastiffs and also ‘Gaddi kutta’ can be easily spotted herding flocks of sheep with shepherds who are commonly called ‘Gaddis.’ The English name for these dogs is ‘Indian Panther Hound’ or ‘Mahidant Mastiff.’ Three to four gaddi dogs can protect a flock of nearly two thousand sheep from the attacks by dangerous wild animals . Gaddi dogs are basically sub-breed to Tibetan Mastiff and have naturally adapted themselves to survive in rough outdoors.