A celebration of harvest

Looks like the city took the ‘going back to the roots’ philosophy quite seriously this Pongal.

CHENNAI: Looks like the city took the ‘going back to the roots’ philosophy quite seriously this Pongal. To ring in the harvest festival, many schools, colleges and other institutions indulged in typical village-style celebrations that included traditional games like pallanguzhi, pandi, karungal vilaiyattu, dhayakattam, kite flying and uri adithal, rangoli/kolam designing  and the most important part — feasting on some delectable sakkarai pongal and venn pongal. 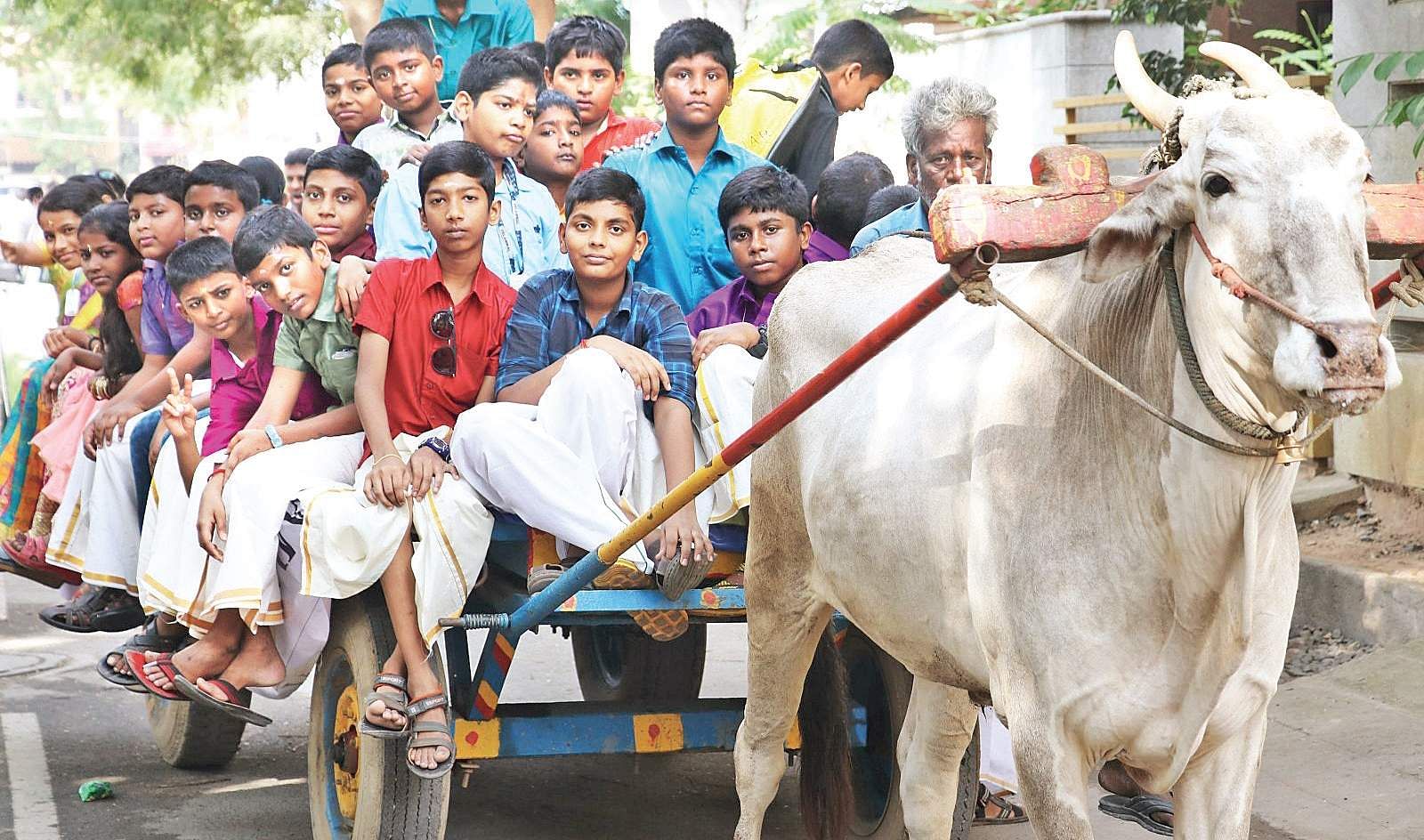 Streets were decorated with thoranam, sugar cane and serial lights. Traditional folk arts like therukoothu, mayilattam, puliattam etc were also performed live during many of these celebrations. Adding the environment-friendly spirit to Pongal festivities was Sevalaya, which conducted a ‘smokeless Bhogi’ rally to explain the hazards of burning tyre, rubber and plastic materials.

Lake View Matriculation School, Ambattur
Students of Lake View Matriculation School. Ambattur, celebrated Pongal by designing a 800 sq ft rangoli themed on the various aspects of the harvest festival. This was followed by playing traditional games like pallanguzhi, pandi, dhayam, karungal vilaiyattu and many more. Both children and parents participated in the programmes with great fervour.  The school grounds resembled a traditoonal village too. 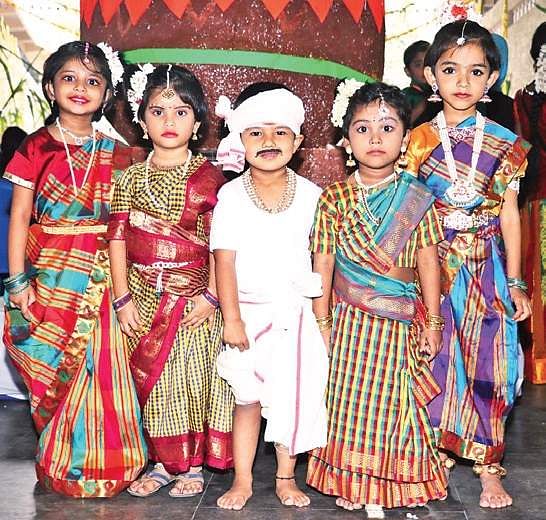