Cooking is his happiness currency

Sanjit Banerjee and his wife moved to Chennai for their daughter, and found more children to feed

CHENNAI: On the terrace of an apartment in Moggapair East is a small, 8x8 foot room. Furnished with nothing more than a thin mattress, small clothes rack and two suitcases, this is where Sanjit and Ranjana Banerjee run their Bengali food delivery service.

The couple cooks and packs homemade Bengali meals in their tiny kitchen, which barely fits four people. Their daughter, Santasree, who also lives with them, helps them prepare food after she returns from her job as a coordinating officer at CAD Centre in Mylapore. 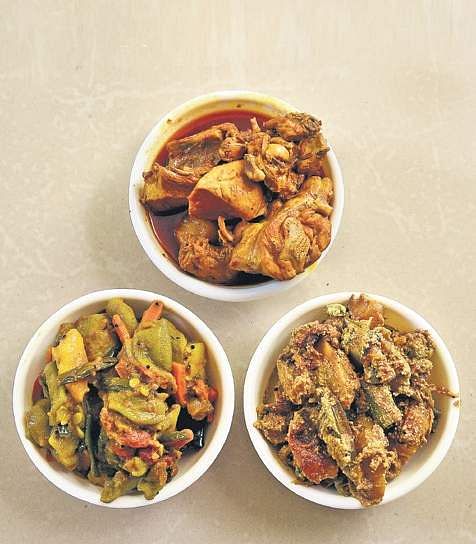 “After enrolling my daughter in St Thomas College in 2014, I returned to work in Aizwal. After my project was completed, my problems began. I couldn’t find any job anywhere, not even in my hometown of Durgapur. So I joined my daughter here in Chennai,” said Sanjit, who is from West Bengal. With no money or savings, the 56-year-old found it difficult to sustain his family. It was his daughter who pushed him to start a cooking business, which he did in March 2017. With the help of one of her professors, Sanjit set up a small stall in front of 7Mart selling food.

Due to language barriers, he was rejected by several companies, but this did not deter him from seeing through his new food business. The stall failed after three months and. Sanjit decided to continue the business from his home due to lack of other jobs.

Yet Sanjit smiles as he shares his troubles, turning to his 51-year-old wife often to clarify something. “I have lived all over the country away from my family and I had to cook for myself for many years. So I understand when someone wants homemade food to eat. Most of my customers are my daughter’s age, so it does not feel right to overcharge them,” he said. Ranjana and Sanjit speak about their customers on a first-name basis and with infinite gratitude. Their small business personal lives have been protected because of their customers.

“Three months ago, my wife had a cerebral stroke. She had to be hospitalised, and due to a shortage of funds, I could not pay the bill. But Sudheer, one of my customers who lives very close by, pitched in and paid the bill for me. I am grateful to him,” said Sanjit.

Despite so much support, their business is still low. The aging couple wakes up at 5 am to buy fresh groceries every day. As he does not own any vehicle, Sanjit has to rely on public transport to deliver his food. “Whenever I am stressed, I pray to Guru Dev and to God, to give me happiness. Guru Dev told me that I should smile and be kind to those I meet, and therefore I do things such that others are also happy, and content,” he said.

“As a father, I want to get my daughter married off in a big way. But that is impossible as I have no savings in the bank,” said Sujit, tears welling up in his eyes. Should business pick up, he knows he will be able to sustain his family comfortably and live a better life. But until then, he travels from home to home with parcels, not knowing how or from where the next day’s earnings will be found.

(To order homemade Bengali food that will be delivered to you from Sanjit and Ranjana, contact 92323 95342.)

Must try
They make popular dishes such as macher jhol (Bengali-style fish curry), mangsher jhol (Bengali-style chicken curry) and begun bhaja (brinjal fry). They are served either with steamed or fried rice or roti. Sanjit takes care to ensure the quantity is sufficient. He has three regular customers. He earns only `680 a day.