‘She accepted us as her parents’

The first Indian couple to adopt a child with Down syndrome (DS)are here in the city,” said an acquaintance over the phone.

CHENNAI: The first Indian couple to adopt a child with Down syndrome (DS)are here in the city,” said an acquaintance over the phone. After a quick call with Kavita Baluni, who, a year ago, became mother to a 14-month-old baby girl with the genetic disorder, we were at a mutually decided coordinate, a coffee shop in Alwarpet. 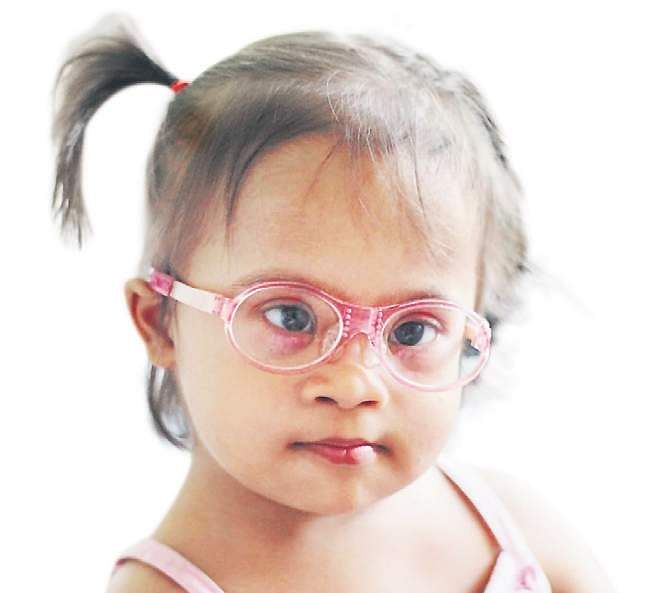 After finding ourselves a quiet corner in the cafe, we waited for the Delhi-based family to arrive. Five minutes later, a coo followed by a string of gurgles grabbed our attention. Wrapped in her father Himanshu Kaktwan’s arms, Veda, the two-and-a-half-year-old toddler wearing an elephant print romper, with an infectious smile, waved at us. With Veda’s constant happy gurgles in the background, our conversation with the couple, who were in the city to visit the Down Syndrome Federation of India in Mylapore, began.

They were invited by Rekha Ramachandran, co-founder of the Down Syndrome Federation of India, for a Down syndrome assessment, screening, and to discuss about early intervention services for Veda. “We met a lot of children with DS in the federation and were able to find out what kind of support is available for children with trisomy 21 and their families. The awareness in the city about the condition is more than what is in the North and we were able to talk to doctors and other healthcare experts who were well informed about the disorder.”

Even before Kavita and Himanshu officially tied the knot, the duo had decided to opt for adoption. “Having a biological child was never on my mind. I have always wanted to adopt. During my courtship period with Himanshu, we had spoken about it. He was on the same page, but we decided to take the decision when the time was right,” says Kavita. A conscious decision and destiny — a bit of both happened to the couple. “During our two-year stay in the USA, we met children with Down syndrome and gathered a lot of information about it.

There was no reason to overlook the option of adopting a child with Down syndrome and we just decided to do it,” she recalls. After four years of marriage, the couple decided to adopt a girl child with Down syndrome. The duo flew down to India and signed up at the Central Adoption Resource Authority (CARA). “The process for adoption is same for children irrespective of their category (‘normal’ child and ‘special needs’). The registration formalities in Bhopal was followed by a home study process and within 45 days, Veda was in our lives. We call her ‘destiny’s child’...we found her in the special needs section,” smiles Himanshu as he cradles her.

By now, Veda is fast asleep on Himanshu’s chest. “Can you believe that she was abandoned at a railway platform when she was just six-months-old? She was fragile, weighed only six kilos and had trust issues. But now, she’s slowly fighting her demons... she’s very cheerful. We have grown along with her in the last one year and have learned to unconditionally love and forgive,” he smiles. The duo has been tackling criticism from their kith and kin, and strangers head-on.

“There are times when people point fingers at Veda and tell their children that they’ll also have to wear glasses if they ‘didn’t behave’. There are unwanted stares and comments like, ‘she will make life complicated’, ‘won’t find a suitable match’. But, we have learned to ignore it. The world thinks we are mahan for adopting Veda...the fact is, she has accepted us as her parents,” he says.
Working on her strengths and being mindful of her special concerns is their priority.

“Veda is a rather observant child and notices details. She listens, observes and remembers. That’s one of her special traits. We add different activities as part of her daily routine and have tactile toys to enable her. The physiotherapy sessions and doctor visits are a part of our calendar and we understand that,” says Kavita.

Veda has her own social media account, Extrachromieveda on Instagram and Youtube. Her milestones are documented and the platform is used to spread awareness on Down syndrome and adoption of children with special needs.

Stay up to date on all the latest Chennai news with The New Indian Express App. Download now
(Get the news that matters from New Indian Express on WhatsApp. Click this link and hit 'Click to Subscribe'. Follow the instructions after that.)
TAGS
Down syndrome