Let’s get this straight

A lot of people don’t understand what 377 entails. 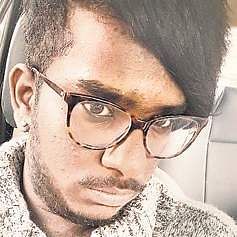 It did affect a lot of us but because we were never found out, no one recorded a video of us, and no one was afraid about the law existing, it was just the social stigma that having sex and being found out was something looked down upon. I’m not just talking about the LGBTQ people, but people in general. People think that now, being out and open is legal, and that they can marry. You’re just allowed to love whoever you want now. That does not equate to marriage.

Section 377 was primarily used to falsely accuse somebody of assault allegations or sexual misconduct accusations. I think there were only 600 cases booked till date. I’ve heard from people that a lot of cases booked under Section 377 are either false accusations or booked to show that they have so many cases under this act every year.

I was at Central, and it was close to 10.30 pm. I’ve heard instances of people having sex in the old bathrooms of the building at that time. I walked in, did my business, paid my money and walked out. There was one creepy guy who was staring at me the whole time. He followed me, grabbed my shoulder, and tried to embrace me and pulled me into him.

He asked me, ‘What were you doing?’ I’ve never seen this guy, he looks rugged, and I’m surprised. I thought I was going to be dead. He showed me his ID card and said he was from the Tamil Nadu police. I had no idea what wrong I did. I stood my ground and he ran away. I’m pretty sure he wouldn’t have known what to book me under. The point is to threaten, and there is a stigma attached to being gay.

I have always been proud of my identity, however, there are quite a lot of people that I know personally, who think that they aren’t able to confide in their parents. Social stigma is always going to be there, but if they aren’t afraid of that, they are afraid of the law. I know at least four people who have asked me if they can still have encounters with a man even if they marry a woman, and if that’s legal. All of them are married to a woman now, but that is an individual’s decision, and if they thought it was the better way to go, it’s their decision.

Now that Section 377 is gone, this is just one barrier that’s broken down. We have plenty more to go. The LGBTQ community enjoys its freedom because this is what we have been fighting for, and now that this has been broken, we have to move to the next step — marriage, adoption, surrogacy and changing property law — which starts today. Now that we’re out of the closet and onto the streets, we have to get into the state institutions.
(Jabez Kelly is a drag queen and works closely with the LGBTQ+ community in Chennai. He also works with Qvents, a queer event management company based out of the city.)

Stay up to date on all the latest Chennai news with The New Indian Express App. Download now
TAGS
LGBTQ