When I was in college, I wanted to become a nuclear scientist, but I figured that was going to be a lot of work.

CHENNAI: The mere mention of photojournalist Ritesh Uttamchandani’s name takes us back to the striking images of a brothel he had captured from the perspective of the sex workers at work — the fading red light, the ceiling, drying clothes, movie posters and family photographs mounted on walls. The photojournalist, who has always captured the unusual, yet astonishing, in the ordinary in his visual narratives, will be in city for an artist talk-cum-launch of his self-published photo book, The Red Cat and Other Stories, curated by the Chennai Photo Biennale. 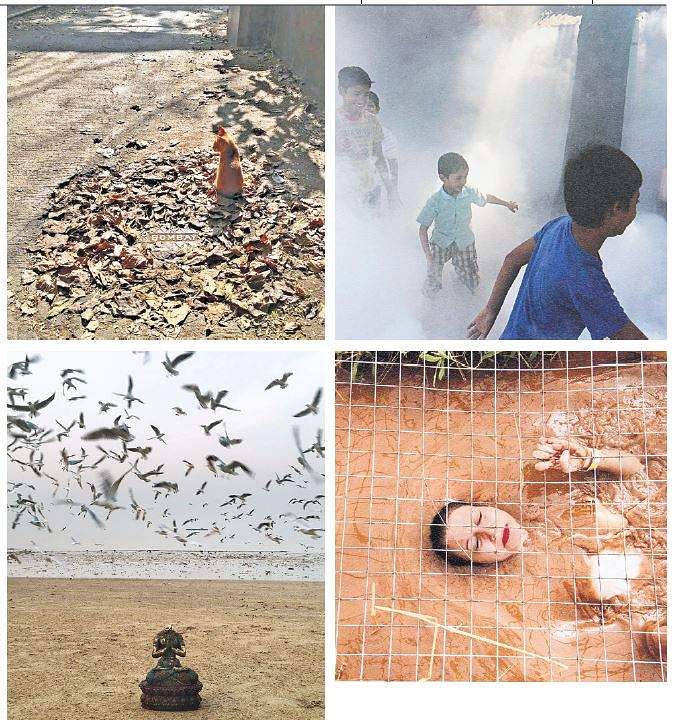 So, I put my big nose to good use, befriended a newswallah and became a photojournalist’, writes Ritesh on his website. In 2004, after watching a documentary about a photographer, Ritesh, for the first time, held a camera, and from then on there was no looking back.

“From there, I made my way to the Indian Express, Hindustan Times and then the OPEN Magazine. The three years at HT was probably my high point,” he says. Distraught by the way Mumbai and the country has been captured, he says, “Compositions of landmark buildings and locations are done and dusted. You don’t need me for that, the Google search engine can generate millions of images of the Gateway of India,” he says, giving us a peek into his thought process. He is sharp-eyed, and his photographs push the audience to look beyond what meets the eye.

“I have a certain way of connecting with landscapes and people. It is not just a journalistic or a photographic angle...it’s very intimate,” he says. Images in his photo book, The Red Cat and Other Stories, which marks his debut as a photo book author is a thoughtful documentation of Mumbai in an interesting light. The book documents the Mumbai of today and examines people’s connection with nature, the built structures and their interdependent relationships with the residents of the metropolis. “Most of these characters/moments in the photographs are hidden in plain sight.

We have to not just see, but observe,” he says pointing to the photograph of a man decked in gold jewellery, sitting in a rather uncanny location. “Just a few metres away from my house, one can find construction debris. This man, a politician who calls himself Baba, perhaps the custodian, nonchalantly sits there almost every day with a pack of cigarettes and with lakhs worth of gold on his arm and neck. These are not common sights … it shows how corruption and the political system work on a subtle level. One has to delve deeper into a photograph to know more about it. Every photograph has a metaphor attached to it,” says the photojournalist.

The book was born out of four years of documenting known and unknown corners of the city on his iPhone, and the story is woven together with a metaphorical Sindhi fable that was passed on by his mother. Self-funding, self-publishing, and selfdistributing a debut book is challenging, but Ritesh faced it head on. “It was tough to find a publisher, so I decided to self-publish it. But, it wasn’t easy. I had a lot of inhibitions on how to go about it and the consequences. But, I decided to do it,” he says. He even did a short online course in self-publishing.

“I took help from mentors and friends. I booked pre-orders on my website. When I reached the 200 mark, the book went for publishing. I have sold about 700 copies so far and self-delivered about 300-400 copies to those who had ordered it in Mumbai. Every delivery experience has been special and magical,” he says. The book is 7*7 inch square and he explains that it is a representation of the city, made up of seven islands. “Every photo spread is accompanied with a detailed caption, which the reader may choose to see or not to,” he adds.