Warden to the rescue

After she quit her job as a traffic warden before having her kids, she started ‘Catalyst Food’ that offers vegan alternatives to meat.

CHENNAI: Her mornings were spent in fighting with the civic authorities to stop electrocution of dogs in Chennai. In the evenings, dressed in a khaki uniform, she used to regulate traffic in the busy pockets of T Nagar and Anna Salai.

It might seem like just another multitasking activity, but back in 2001, it was more than that for Marieen Vijay, the first female traffic warden of Chennai. Marieen was one of the few women, who was actively involved in introducing sterilisation of dogs in the late 90s. 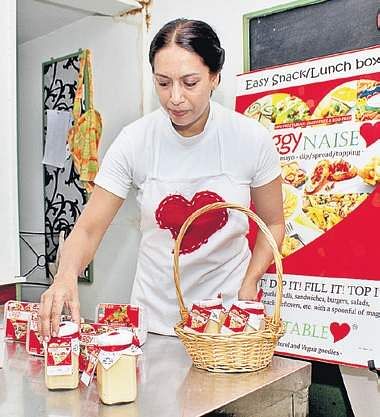 “Being a co-founder of People for Animals (PFA) in Chennai (1995), I had to work with a lot of cops and that is how I shared a good rapport with some of them. We worked on the rescue of so many animals from illegal laboratories, and addressed other issues. One of the policemen during our regular conversations suggested that I take up this responsibility of being the first female traffic warden and without blinking an eye, I agreed,” recalls Marieen, who at that time was married for a year.

Her husband offered full support. “I knew him since my PFA days, and he has seen me go out in wee hours for animal rescue operations, and come back stinking. He has always encouraged me. I asked him to join me in this work.” After the initial days of training to be a traffic warden, Marieen was first deputed near Ranganathan Street at T Nagar. The area was riddled with traffic problems before the Usman Road flyover was built. Memories of thick black smoke emitting from vehicles, and sweaty motorists erratically moving through every gap possible is still afresh in Marieen’s mind.

‘Being a sole woman traffic warden, did anybody pass lewd comments at you?’ is the what she’s often asked. She smiles, sits upright and says, “It depends on how one carries themselves. If you have a ‘no quarters to be given’ attitude laced with a gentle smile, nobody would dare to say anything to you.” Working in the so-called man’s world, Marieen never feared to take up night duties to catch drunk drivers on Fridays and Saturdays at the Gemini flyover, an area that houses most of Chennai’s famous clubs. “And the best part...I caught many people I knew and gave them a good hearing,” she says.

After she quit her job as a traffic warden before having her kids, she started ‘Catalyst Food’ that offers vegan alternatives to meat. She wed her love for animals with her passion to cook. Now, her vegan convenience food store in Anna Nagar dishes out delicious dips and mock meat. Marieen was active in the field for four years, which made her disciplined and taught her how to interact with people. “I incorporate the values I learned as a traffic warden in every walk of my life,” she says.