She also handed over a CD containing the statement of the former CBI officer who had interrogated Perarivalan during the investigation.

CHENNAI: Over a week after promising a ‘just and fair decision’ on Tamil Nadu Cabinet’s recommendation that the seven convicts in the Rajiv Gandhi assassination case be released, Governor Banwarilal Purohit on Monday heard the representation of Arputham Ammal, mother of convict A G Perarivalan, who has spent 27 years in prison. 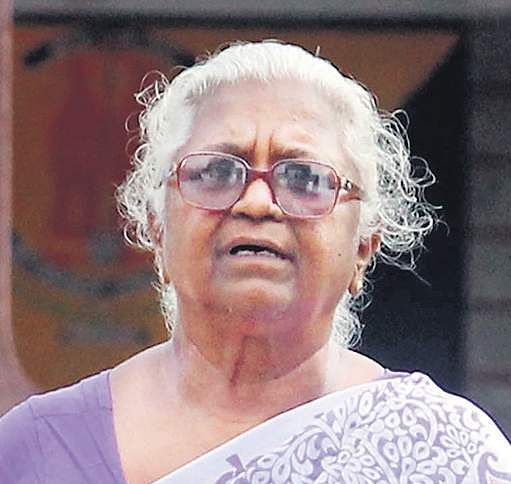 Speaking to media after meeting the Governor, Arputham Ammal said he had read the entire petition she had submitted and had even pointed out a correction to be made in it.  “I explained how Perarivalan had conducted himself while on parole and how he got a month’s extension of parole. Also, I explained the remarks made by Justice KT Thomas on the need to release the convicts. The book written by Justice VR Krishna Iyer in this regard was given to the Governor,” she said.

She also handed over a CD containing the statement of the former CBI officer who had interrogated Perarivalan during the investigation. “The Governor has promised to look into the matter. Today’s meeting has increased my confidence that he would definitely respect the decision of State Cabinet and give his approval for the release of my son and other convicts soon,” she added.

Asked about objections being raised against release of the convicts, she said, “Obviously, those who oppose their release want compensation (for death of relatives).  If that is the case, how much compensation should to be paid to me and Perarivalan as we have faced untold mental agony?”

Stay up to date on all the latest Chennai news with The New Indian Express App. Download now
TAGS
Banwarilal Purohit A G Perarivalan