As part of the exercise, a person was dropped into the sea and the aircraft spotted and rescued him. In another exercise, an IAF helicopter displayed skills on dousing forest fire.

The exercise was performed on the theme ‘Cyclone Followed by Urban Flooding Relief Operations’ and was witnessed by Dr K Satyagopal, Additional Chief Secretary, Commissioner of Revenue Administration and State Relief Commissioner. 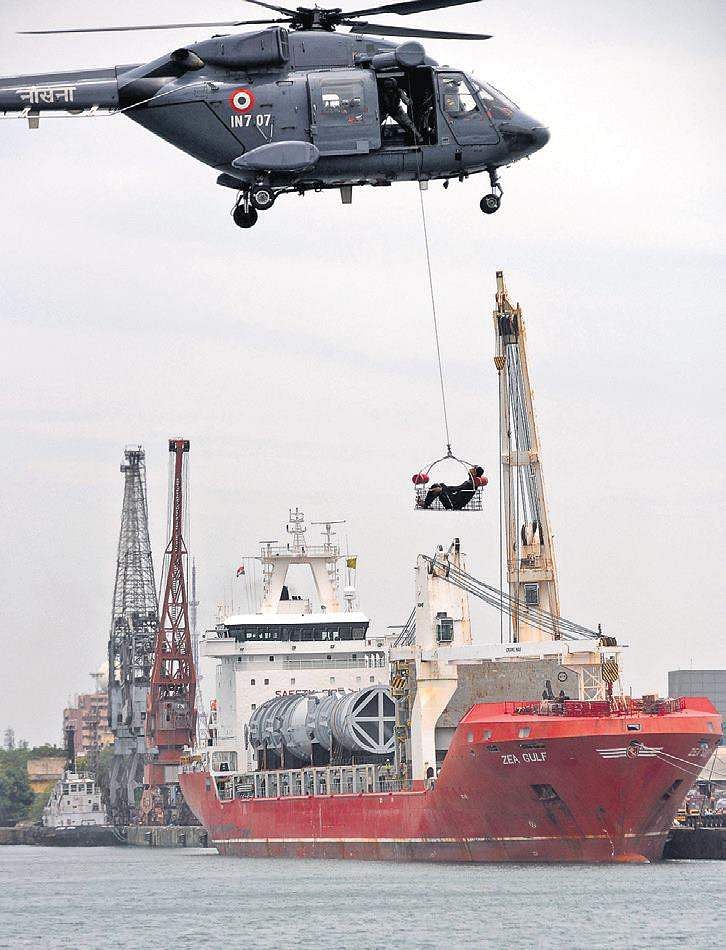 The 45-minute-demonstration was performed by the Navy, Indian Air Force, Coast Guard, State administration and State Disaster Management Authority, who showcased their capabilities in tackling an emergency, using their resources.

Aerial survey by Naval Maritime Reconnaissance aircraft, relief operations by Indian Air Force, port clearance operations, pollution response demonstrations in case of an oil spillage in the ocean and search and rescue operations, were carried out by agencies.

As part of the exercise, a person was dropped into the sea and the aircraft spotted and rescued him. In another exercise, an IAF helicopter displayed skills on dousing forest fire.Also, a pollution response demonstration was conducted by a Coast Guard Pollution Control Vessel and a ‘Bambi Bucket’ demonstration, in which a will be bucket dropped into water to rescue a person, was demonstrated by an IAF helicopter.

Now we are on Telegram too. Follow us for updates
TAGS
Indian Air Force Chennai Port Trust