How many of us teach our children about child rights? We simply don’t, because we think they don’t need to know, as they will not face such situations.

CHENNAI: How many of us teach our children about child rights? We simply don’t, because we think they don’t need to know, as they will not face such situations. But, it is important for them to know, so they can help other children who may fall prey to these issues,” says Sunitha Ravichandran, head of NGO Yein Udaan’s city operations, Chennai, ahead of its annual show ‘Production 3.0’ on Saturday.

The event will see 16 children from low-income communities wow audiences with their talent and help impart knowledge on what is a pressing concern today — children’s rights. The idea stemmed from trying to make the children aware of their rights in a way that wasn’t out of a textbook. What better way than a story? “As part of the curriculum, kids are taught about India’s Fundamental Rights and Duties,” says Vedika Agarwal, founder-CEO of Yein Udaan. 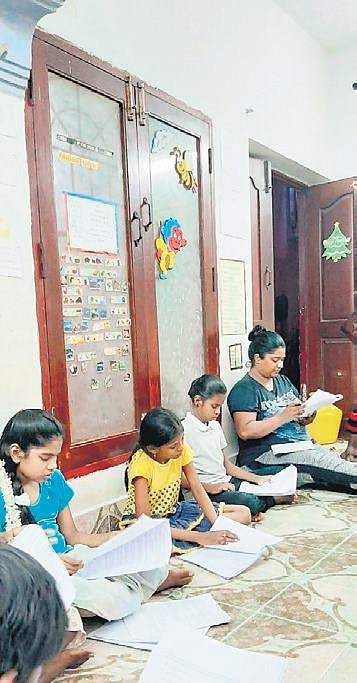 “It can be quite boring to learn because of the complex language, jargon and un-contextual way in which it’s presented in textbooks. While I was teaching my students about these rights, as an adult, I realised the importance of children needing to know them in order to protect themselves and others. As we focus on leadership at Yein Udaan, I realised that teaching the kids about these rights thoroughly could empower them to have a voice against injustices they face or see others face in the community. In order to make this nuanced and sensitive topic fun, I started writing stories for the children.”

Vedika explains that these stories are based on communities similar to theirs and in every story, the child is the hero, which she believes has the power to not only show and tell children that they can solve problems despite their age but also build in them the faith to be able to do so.

“In order to spread this awareness in a fun and engaging manner, I decided to adopt the stories into a script with the help of a friend, Nithin Ram, and bring them to a bigger audience, hoping many more families can benefit from them, as sometimes even adults are unaware of these issues and rights! The issues that will be addressed in the show are based on the violation of rights as in the Indian Constitution, specifically pertaining to children. Rights like the Right to Life, Right to Education and Right against Exploitation. Join us at the show to know more,” she enthuses.

The show has taken a year, since its conceptualisation, to take shape. Parents and educators can come along with children as the show is suitable for all age groups and is bilingual in order to benefit all audience members.

“Even though the kids learn English only as a second language, I will be surprised if people can tell, since they’ve been working so hard not only in the past few months but throughout the year,” says Vedika.

”The show will be staged at the Geetha Bhavan Trust, Gopalapuram on June 8 from 11 am. Donor passes can be bought at milaap.org/fundraisers/yu-production.

Now we are on Telegram too. Follow us for updates
TAGS
Production 3.0 Yein Udaan