The series, titled ‘Windows of Madras’, takes us on a journey around the age-old city via its windows, giving us a peek into the history that seeps through its crevices.

CHENNAI: From the stained glass windows of Santhome, unique horizontal windows of Chintadripet, sunburst jaalis of George Town to the Art Deco windows of Royapettah — the distinctive character of buildings is almost often interwoven with the area’s heritage and is reminiscent of its architectural history. In an attempt to capture the essence of Chennai’s myriad structural styles, Sunil Raghavendher, an architect, has set out on a mission to create an encyclopedia of the city’s hidden marvels through visual imagery.

The series, titled ‘Windows of Madras’, takes us on a journey around the age-old city via its windows, giving us a peek into the history that seeps through its crevices. Minimalist illustrations, geometric shapes and a blend of colours make the series an aesthetic affair. “My idea is not to just focus on the windows but to give a taste of how every component of a structure can come together and build a certain mood. This will act as a visual encyclopedia of Chennai’s architectural diversity,” he says.

The idea took form during Sunil’s 28-day self-quarantine period at his home in Mogappair. “I was working at a firm in New Delhi. When the lockdown was announced, I took the last domestic flight from New Delhi to Chennai and landed here last month. As soon as I reached Chennai, I self-quarantined. That’s when I had all the time for myself and decided to work on this series,” he says. As part of initial research, Sunil browsed through information about heritage buildings listed in Chennai Metropolitan Development Authority’s (CMDA) and Heritage Conservation Committee’s (HCC) websites. “This gave me a set of localities to concentrate on and read about. The Internet gave me enormous information about the history, cultural and architectural background of these areas,” he says.

Through the illustrations, he aims to not just express his love for the city but also hopes to create awareness on heritage conservation. “I’ve always had a sketchy idea about wanting to do something for Chennai that would matter. I wanted to focus on the architectural heritage of the city. Something that’s often been ignored,” he explains, sharing a quick trivia. “In India, Chennai has the second largest number of heritage buildings after Kolkata. Not many are aware of that. Most buildings are in a dilapidated condition and need attention. These structures, if they aren’t preserved might go down and we will be losing a lot of our own stories. So this type of archival is very important. It will make us value what we have,” he explains. 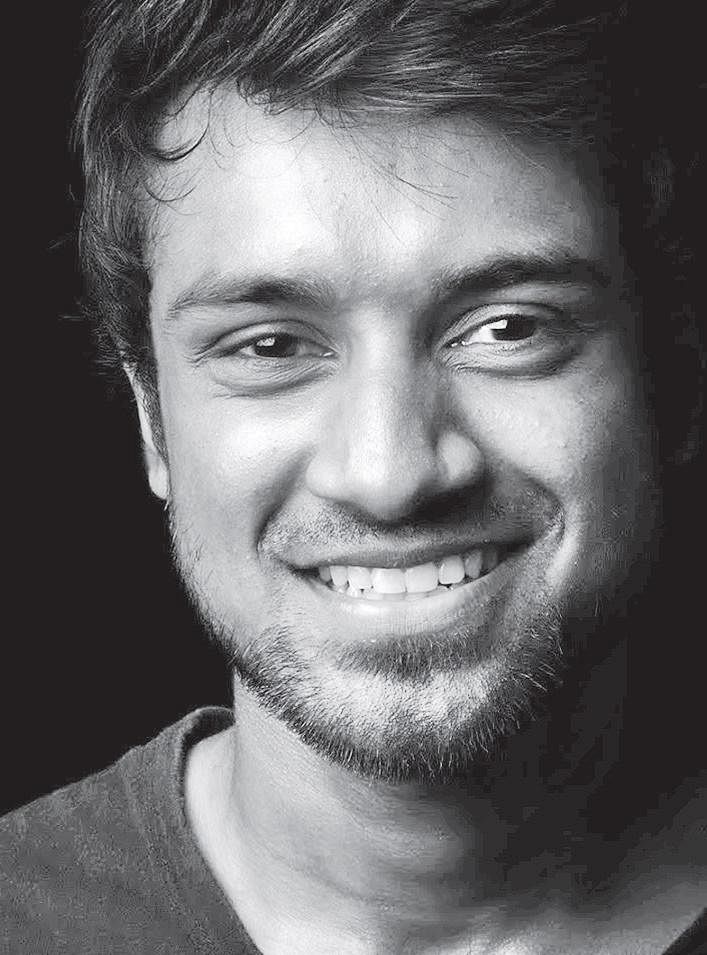 He has currently completed around 18 illustrations and is working on more. “I am also focusing on areas which are seldom given importance to — in terms of heritage conservation. What we all need to be aware of is that conservation is a slow process. So apart from the involvement of government bodies and private organisations, neighbourhoods should also come together to preserve what’s in their backyard,” he says. He hopes that people become aware of the structural marvels around them the next time they step out and can observe the intricate detailing in simple facades of everyday life. “Next, I will be focusing on different types of doors — how they are reflective of a society, its socio-economic condition, religion and heritage,” he shares. For details, visit Instagram handle @sunil_ raghav

Royapettah
Royapettah consist a rich architectural and cultural diversity — from the garden houses of the close knit Anglo-Indian community to the agraharams and the Islamic style houses dating back to the Nawabs of Arcot time with predominant Christian influence. The houses of Royapettah built in 1920s and 1930s derives its idea from the Art Deco style of architecture.

Santhome: The history of Santhome is woven with its Cathedral. Santhome has old, classical buildings, some in white, faded green, grey and yellow but all them resonate with charm and warmth. The houses and street names has a Portuguese hangover. There used to be a lot of Anglo-Indian families living in European style houses which are now given away to apartments.

Mylapore: The area doesn’t just have the agraharam houses but also consist of heritage houses with Neo Classical architecture and houses with an amalgamation of Classical, Indian and Muslim style of architecture. The houses built before 1930s have wrought iron balustrades and houses from 1930s and 1940s were constructed in the Art Deco style with distinct geometry.

Mount Road: The settlements on the road are older than the road itself. The buildings on this road display a dominance of Dutch architecture, Art Deco and Indo-Saracenic style.

Chintadripet: Chintadripet was one of the few localities in those days where streets were not demarcated on the basis of caste. Chintadripet used to have many row houses back then. The walls of every house were connected to each other. These houses were reminiscent of the French Art Decor style of construction, which followed the pattern of horizontal windows and vertical doors. Many houses used to have (and some still have) the Gajalakshmi symbol on top that signifies wealth. The houses run deep inside and have two courtyards; one in the front and another at the back. These houses still have the old style of door hinges, flooring, water pumps and even rain water harvesting systems.

T Nagar: T Nagar is believed to be the first planned urban neighbourhood in Chennai created in 1920, conceived in a European style, with the Panagal Park resembling the Arc De Triomphe and the Pondy Bazaar resembling the Champs-Élysées in Paris.

Triplicane: The streets of Triplicane take one through historic Pallava settlement that have transformed through the ages while still rooted firmly in their rich and varied culture and its architectural styles and influences that range from Vernacular to Neo Classical to Art Deco.

George Town: The neighbourhood is known for several classic styles of buildings such as Indo-Saracenic, Neoclassical, Gothic, and Art Deco, apart from several traditional styles. Each building presents its uniqueness in its architectural character.