In 1936, the government issued a patta land to my father to construct a house. He put only a thatched roof, and died in 1972.

In 1936, the government issued a patta land to my father to construct a house. He put only a thatched roof, and died in 1972. My father had two wives. All the legal heirs left our village in search of jobs in the city. Taking advantage of our situation, our neighbours encroached and built a house on that land. We wish to open a library in memory of my father. The usurpers in adversary possession say the land was bought from the legal heirs without any legal document. Please guide. — GOPAL MARIMUTHU

Possession is 9 point in law. If you have lost physical possession over several decades, it will be difficult to get back the land from the adversaries especially when you are an absentee land-owner. Any litigation may take several years with further losses incurred by you. 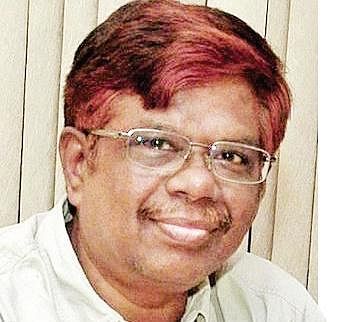 I would like to have your valued opinion on my neverending problem in getting my patta for my plot located in Kanchipuram district. I applied for a patta about three years ago. At the Kanchipuram Collector’s Office, I submitted my application for patta, copies of my land documents including my sale deed, parent documents, EC for over 50 years etc., as required. There was some delay in the issue of patta; I travelled to Kanchipuram from Chennai several times to follow up the matter. They explained that there is a variation in Survey number and hence they are not able to issue patta. I am told that their records show Survey number asXXX /3, whereas the Survey number according to all my records (including EC) is XXX / B. They are asking me to re-register my sale deed indicating the Survey number as shown in their official records. Reregistration may not be possible as the sellers of the plot are not accessible or contactable. I shall be grateful to know remedial measures to be taken by me to enable me to get my patta.-GOSAKAN

You can file an application for resurveying the land owned by you and then grant patta as per the new survey. If the authorities sit over your representation, you can send a query under the RTI Act. On the basis of their reply, you can file a writ petition seeking direction to the authorities to take positive action on your application.

Thanks for your reply on July 21, 2020. My question is EPF & PF are paid by employee, but employer’s contribution has also been deducted from my account instead of them paying for it. What is the remedy? — RAMKUMAR RAMANATHAN

I am 68 and my wife is 65 years old. Our son is a single child. I want to write and keep a living will. My wife and I will be the signatories. The gist of the will is whatever the movable and immovable and liquid assets we have in our names individually and jointly, at the time of the demise, of one of the two, the assets in the name of the deceased will go to the living spouse. The legal heir (namely our son) shall be the sole owner/holder of all types of assets in the event of the death of the other spouse at the time. I feel there is no need to mention the particulars of all types of assets now, since these are subjected to changes with time. Is it enough if I write such a will in green legal bond paper? Is it okay after the spouses signed the will, a copy will be handed over to my son for his record? Will it suffice if two witnesses are obtained? — R SRIDHARAN

Both of you can write a will in favour of your son even in a white paper. The only requirement is that after your signing, the two attesting witnesses will have to sign stating that both of you signed the will in their presence. Giving the description of the properties covered by the will, will remove any ambiguity. As far as the movable is concerned, there is no need to describe them in detail. It can also be written that the property will devolve on your son only after the demise of the surviving spouse.

JUSTICE K CHANDRU
@expertexplains@gmail.com
is a former judge of the Madras High Court