Yarning for a change

Equipped with an enviable network of entrepreneurs and sheer force of will, WICCI takes on the challenges of the handloom world

CHENNAI: While the Central government marked National Handloom Day by scrapping the All India Handloom Board in the last week of July, Women’s Indian Chamber of Commerce and Industry (WICCI) went the other way and launched its National Handloom Council on August 7. The aim is to organise, promote, revive and uplift the handloom industry in the country. Despite its tall order, the federation seems to have entered the arena with guns blazing. 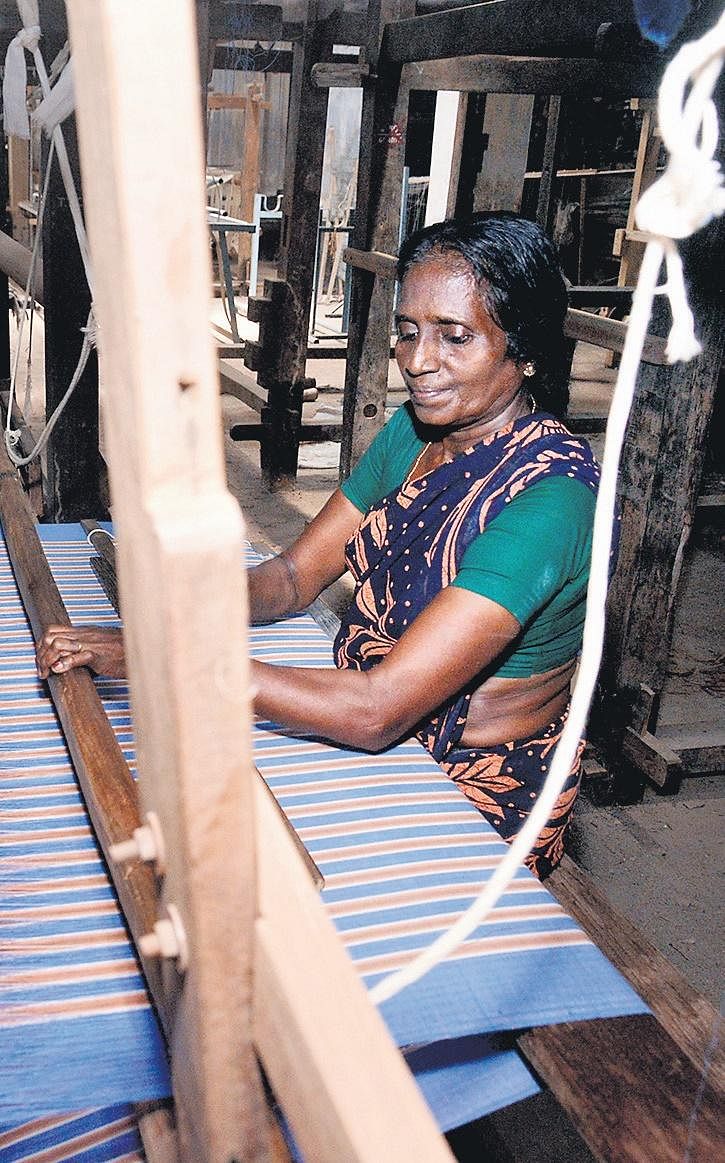 At the time of inception, it already has a solid network of entrepreneurs and businesswomen — all with a rich experience of having worked with weavers and local craftsmen — in nine states. If the digital launch is anything to go by, there’s much work left to be done. The newly formed council’s national president Sakina Ansari offers a ‘big picture’ perspective to the problems at hand.

“There are challenges but we need to sort things out. We can’t just keep talking about wanting to promote handlooms or helping weavers. Of course, the government is doing a lot but it has not been enough right? With WICCI, the network is amazing — every state has a president, a vice president, council members and they have city presidents and vice presidents, and their council members. The network will only build further. When we have people who can network and work with the weavers, we can make a difference,” she offers.

At a time when ways of doing business have changed dramatically and business has moved beyond the local confines, artisans are not getting a chance to learn these modern tools to deal with the new markets efficiently, suggested Sharda Gautam. While such education is not available at the school level, it is only worse in higher education. Even at premier business and design institutions, the kind of entrance selection they have and the criteria that exists is exclusionary; even if an artisan’s child qualifies, the cohort that comes in, the kind of curriculum on offer, the course delivery, and the fee structure — everything is so alien and elite, he explains.

Corproate lawyer Krishna Sarma, with much experience in the area of intellectual property, talked about the importance of Geographical Indication protection and how far it would go to protect the craft and the craftsmen. For that was what they were able to achieve by getting that protection for Assam’s Muga silk. “It gives value to Muga, which has been reared, cultured and woven in Assam for centuries. This traditional knowledge resides in our tribes. If we look into its history, there’s reason to believe that our people have been trading in it perhaps even as far as the Indus Valley civilisation,” she explained.

Affordable art
Speaking about the importance of accessibility, Alka emphasised on the need to work with essential middlemen. “Not every weaver has the wherewithal — intellectual and economic — to market his own products. Not all of them have the money to buy their threads, have enough looms, etc. It’s such a misnomer when people say they “bought it from the weaver”.

We do need people who would be the bridge to bring the products from the interiors on to a platform where you and I can access them,” she pointed out. She stressed on the need for weavers to work as designers, marrying their traditional craft with modern design sensibilities to reach out to the younger audience. Steering the discussion towards innovations in the industry, the council’s members talked about modifying the machines at hand (looms, for example) to make the work easier for the weaver and bringing down the price point of handloom goods.

“Innovation could also be that it need not only be a sari. It could be a stole or running fabric that can be used to design much more. We can use the handloom in so many ways. But the need is support — weavers need people to work along with them. It’s not about giving them orders for some time and letting them lose; that won’t work. It has to be an ongoing collaboration,” says Sakina. Introducing the council’s plans, it’s national vice president Alakananda Das mentioned that they propose to organise a bilateral trade meet by the end of next year and they are looking to sign various MoUs (memorandums of understanding) with different stakeholders – all with the aim to make the handloom industry mainstream. Looks like there’s plenty to look forward to.