CHENNAI: On Tuesday, CE reported that due to the lack of water supply in the tenements at Perumbakkam Resettlement Colony, a group of people including 50 women from the Colony stood outside the Tamil Nadu Slum Clearance Board (TNSCB), staging a protest, demanding basic needs including water. Soon, in response to the call of the residents, the TNSCB officials resumed water supply and told CE that they will ensure no further problem arises.

In line with the perennial water woes at the Resettlement Colony, the Slum Board officials have decided to soon increase the quantum of water being supplied to the tenements. In four months’ time, by when the construction of 14 more blocks will get over, the Slum Board officials said they will request the Metro Water Board to provide more water according to the needs. 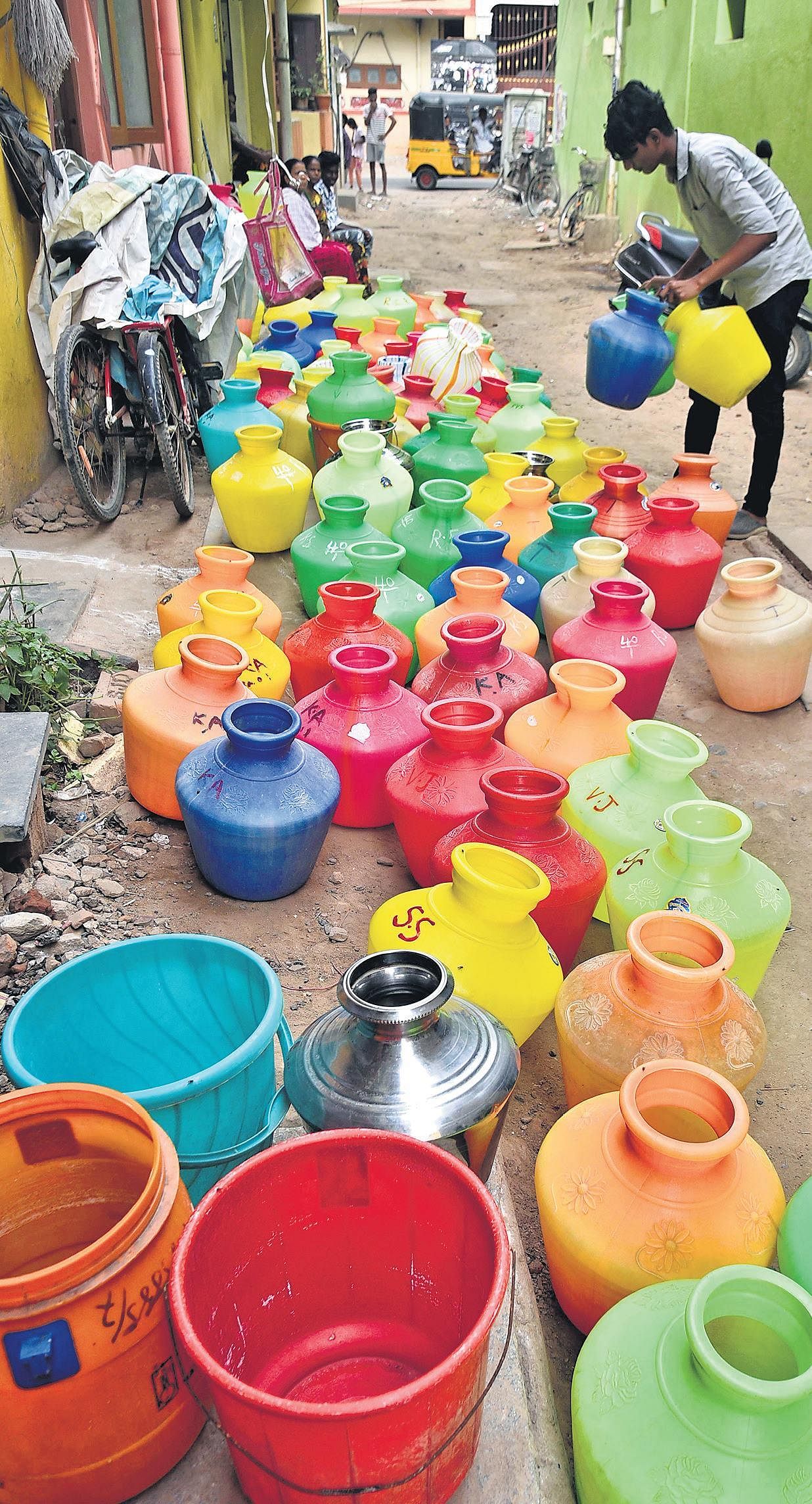 Need-based action
In response to this, Metro Water officials said in addition to the already supplied five MLD of water from Nemmeli Desalination Plant, they will provide more based on people’s requirement.“Currently we have two large sumps from which 50 lakh litres are supplied to both Perumbakkam and Semmencherry settlements. A family of five gets around 250 litres a day, this way. But we plan to approach the Water Board for more water once all the 20 new blocks are occupied,” said a senior TNSCB official.

Damaged pipelines
Officials said that as construction work to build 14 blocks is going on, there is constant damage done to underground water pipelines by heavy machinery. Also, repair and maintenance work of broken pipes and valves are going on side by side, said officials.

But residents frustrated with this long pending problem of erratic water supply said 50 litres per person per day is hardly enough. “Even if they supply 250 litres per family, only less than half reaches us. The main problem is with water pipelines. We did not get water the entire day on Wednesday,” said a resident, who wished to stay anonymous.

Risky business
On Wednesday, women went to the extent of entering the water sumps to draw water. Residents said water has been one of their major problems ever since they moved into this colony. “Blocks 53 to 75 did not get water supply from Wednesday. Even on normal days, we get water only once in two days. This is hardly enough. People couldn’t even wash their clothes during Pongal festival,” said another resident. A senior Slum Board official said damages caused to one of the main sumps when an electricity cable was laid, was rectified on Tuesday and that supply was restored.

Maintenance
Officials said as construction work to build 14 blocks is going on, there is constant damage done to underground water pipelines by heavy machinery. Also, repair and maintenance work of broken pipes and valves are going on side by side, said officials.