CHENNAI: Saw a zitting cisticola.” For newcomers, this was an outlandish name. The seriousness in the voices of the kids who said that was even more unnerving. One couldn’t help looking around to fathom how cool or taken aback were others in the gathering after hearing it. 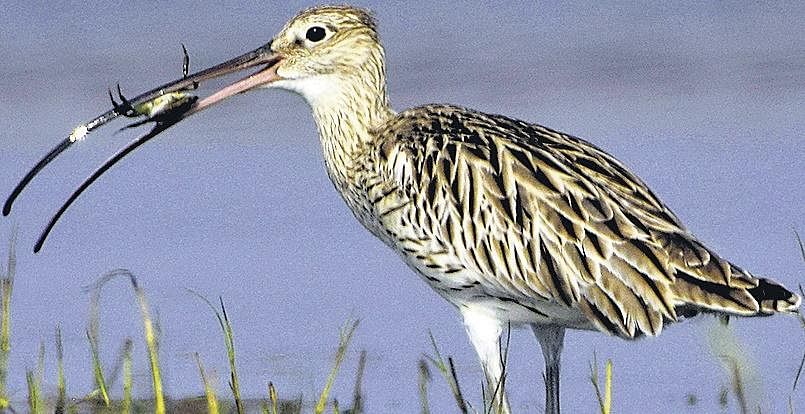 It’s a bird. A rather nondescript one to have that name. Because it’s very small, it’s not easily seen. This was a few years ago and those who spotted it were a group of students participating in the Chennai Bird Race. Organised by Madras Naturalists’ Society (MNS), it’s a dawn-to-dusk expedition to go scouting for the feathered creatures in and around the city. Divided into teams of four, they come together at the end of the day and list the number of species seen.

The 13th edition of what has become an annual festival of sorts for those who are into this activity comes up on Sunday. There are 56 teams — the highest ever. It’s a mix of men and women of different ages who have other preferences in life, but who are united by a common interest. Organisers say that the satisfying aspect is the rise in the number of novices, who go on to develop a fondness which converts them into bird-watchers.

“Every year, we find new faces and some of them become regulars. They start taking interest and we have found many who joined the Bird Race as first-timers before getting hooked on to this. That’s a success because the idea is to encourage people to be outdoors and enjoy nature. This pastime also keeps one away from the electronic gadgets. I think, over the years, we have introduced nearly 1,000 people to bird-watching,” says MNS president KV Sudhakar. The number of beginners is high this time as well.

India is home to around 1,300 varieties of birds. Including residents and migrants, over 500 are seen in Tamil Nadu and the figure is slightly above 300 for the Chennai district. The sanctuary in Vedanthangal, about 75 km from the city, is a popular destination. There are other spots in Chennai and the peripheries like the Pallikaranai-Sholinganallur marshlands, IIT Madras, Nayapakkam, backwaters of Kelambakkam and Pazhaverkadu on the Tamil Nadu side of the Pulicat lake, where a number of birds are seen. On an average, the Bird Race records nearly 150 species every year.

Slender-billed gull, bar-headed goose, black bittern, bronze-winged jacana, blue-faced malkoha are some of the special sightings in this region. There are more. A wide range of ‘raptors’ and ‘waders’ are found, depending on where one is. To help freshers get accustomed to the names and principles of bird-watching, the MNS makes it a point that every team has at least one seasoned person.

Jayashree Mitra, who has been taking part in the event in an unchanged group of four for almost 10 years, notices a rise in the number of children. A committed bird-watcher for the rest of the year, the 48-year-old feels the Bird Race has played a role in creating interest in what can be called a specialised hobby, which demands curiosity, oodles of patience along with binoculars and a guide book to identify birds. There are many who carry cameras.

At the same time, she observes disturbing signs. “Due to climate change and urbanisation, there has been a decline in the number of species and also the number of birds. The migratory and residential pattern has changed. You don’t see many birds that you used to a few years ago. Even in Vedanthangal there is hardly anything these days,” says the banker. As new and young participants flock together, the MNS hopes the Bird Race will help create awareness needed to check this worrying trend.

Stay up to date on all the latest Chennai news with The New Indian Express App. Download now
(Get the news that matters from New Indian Express on WhatsApp. Click this link and hit 'Click to Subscribe'. Follow the instructions after that.)
TAGS
Birds Migratory birds Madras Naturalists’ Society Vedanthangal