The Corporation zones which are free of containment zones are Thiruvottriyur, Manali, Madhavaram, Tondiarpet, Royapuram, Alandur, Adyar, Perungudi and Sholinganallur

CHENNAI: Nine of the 15 zones of the Chennai Corporation are free of any barricaded streets as the city now has just 62 containment zones in all. Earlier, in June, there were about 230 containment zones.

The Corporation zones which are free of containment zones are Thiruvottriyur, Manali, Madhavaram, Tondiarpet, Royapuram, Alandur, Adyar, Perungudi and Sholinganallur.

Officials said that two more Corporation zones - Teynampet and Valsaravakkam - could soon be relieved as well, as they just have three and one active containment zone respectively.

"There has not been a huge spike in these zones and currently the active zones too would be removed as they are nearing the 14-day duration," the official said.

If the street does not meet the criteria, the civic body would just seal an individual house and not the entire street.

Among the Corporation zones, Kodambakkam, which had a whopping 134 containment zones during the lockdown, now has just 22.

While Chennai seems to have stabilised cases by various measures like ramping up tests and holding fever camps, they have not decreased.

Positive cases in Chennai recorded a 0.8 percent increase in the last seven days, while cases are on the rise in nine Corporation zones, the highest being in Thiru Vi Ka Nagar at 5.3 percent.

Officials said that there is clearly a rise in growth rate as people are moving out now but it is not very big. "There is no spike in cases and discharge rate is also very high. We can bring down the positivity to five percent if everyone wears a mask without fail," the corporation official said.

Chennai's positivity rate as of Friday is at 11.23 percent while 83 percent people have recovered. Active cases are at 15 percent and mortality at 2 percent. 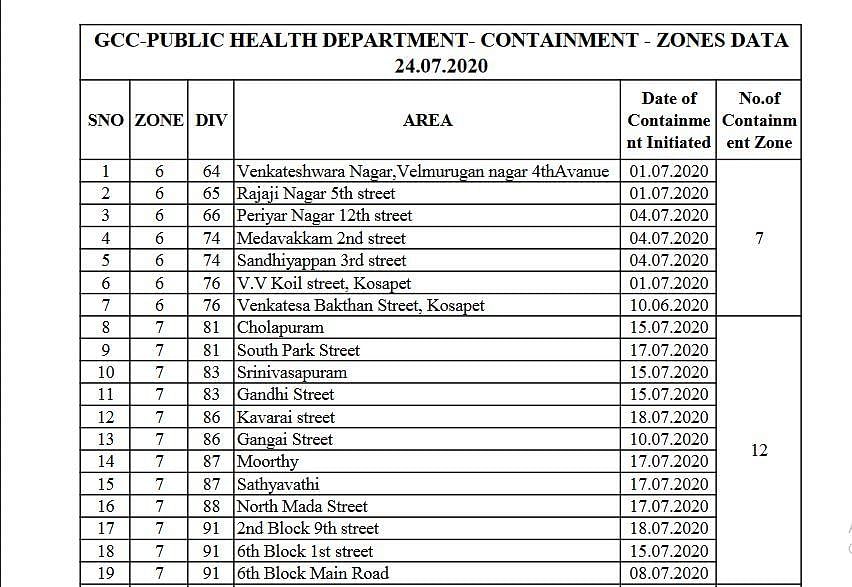 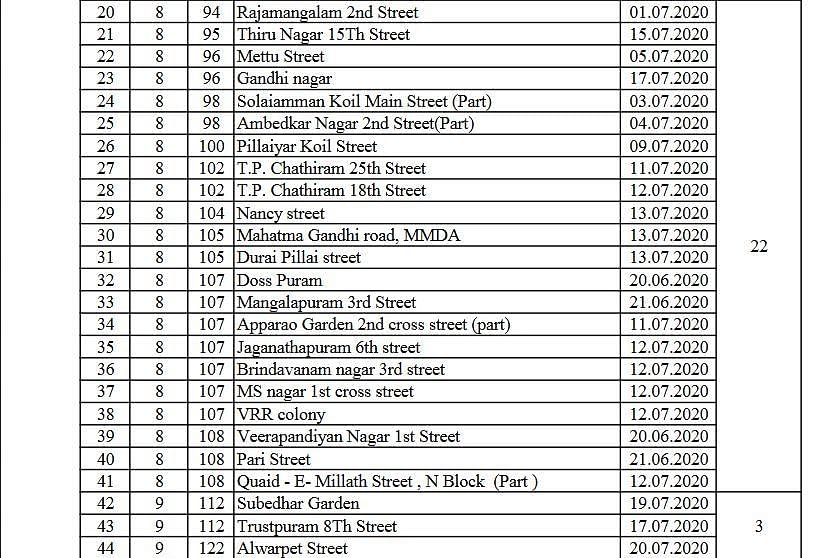