As invasive species continue to thrive, the eco-community stands divided on how best to build healthy ecosystems around it

CHENNAI: For many of us, Eucalyptus trees have always been a part of the Indian landscape. They were the primary markers of hill stations, signalling the transition from plains to higher ground. How surprised would you be if I were to tell you that most of the 700 species in the country are from Australia, introduced by the British in the 1800s for its medicinal value?

Well, that is the short version of the origin story. All was well till the crop began to receive widespread criticism for its excessive water consumption, draining the groundwater table. In 2017, an order to stop the cultivation of fresh Eucalyptus species, introduced by the state government of Karnataka, was stayed by the Madras High Court in 2019 on grounds that studies have not shown any proof that the crop drains water from the soil. According to the petitioners, Eucalyptus does not have any adverse effect on environment. One of us
This is just the tip of the tree. In Tamil Nadu, the highest population of invasive species have been recorded in regions colonised by the British in the Western Ghats. Plants like clove and nutmeg, which are actually native to Indonesia, were introduced to the Thirunelveli’s spice gardens to improve the spice trade in colonial India. Even the most popular indoor oriental plant, the money plant, is native to the KwaZulu Natal Province in South Africa and Mozambique. D Narasimhan, associate professor in the Department of Botany at Madras Christian College, says, “Invasive plant species were largely introduced during the colonial era. Ornamental plants that bear flowers were the common ones. Today, you will find these in most urban households. Through the process of pollination, they have taken root in various other areas as well.”

These are not only foreign to the Indian soil but also come under the category of invasive species — termed so for overutilising resources around it to further its unchecked growth. Much debate surrounds the existence of invasive plant species on Indian soil. The popular argument is that invasive plant species change the natural biodiversity of an area, which then restricts the growth of indigenous plant species. However, others suggest that the many environments have grown to adapt around the invasive species, thereby forming a new ecosystem that benefits all species under its ambit. This leads to the case against clearing the invasive species for it would then destroy the improvised ecosystem around it.

The flora debate
In 2017, IIT Madras cleared groves of Prosopis juliflora, an invasive plant species popularly known as seemai karuvelam, upon being directed by the Madras High Court. A biodiversity report released in 2006 by Care Earth Trust had mentioned that the species could be found on 50 to 60 per cent of the Wilderness Zone in IIT. Certain pockets were cleared to make way for grazing grounds for the resident black buck population. 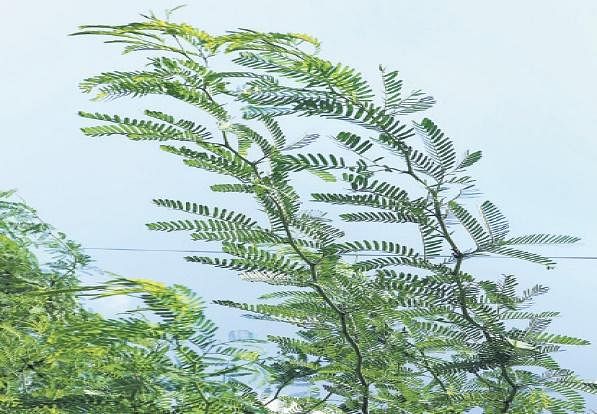 Revisiting the topic three years later in January 2020, Prakriti, the Wildlife Club of IIT Madras, held a discussion on the existence of invasive plant species on the property. “There is much to be taken into consideration when it comes to clearing invasive plant species. In certain places like agricultural land, which is frequently cleared, the invasive species may not have become a habitat for certain insects, birds and animals. It depends on the number of years the plants have existed. If the invasive species have co-existed with other native species, it will serve many habitat functions.

Such areas should be allowed to go back naturally to their ecological balance or equilibrium. Yes, planting indigenous plant species is what should be worked towards for better biodiversity. However, invasive plants that have become habitats for other living species, shouldn’t be destroyed,” says Susy Verughese, staff and member of Prakriti. This brings us to the question of how invasive species affect biodiversity when they take root and flourish. “When an invasive plant species takes root, one cannot predict how it will affect the biodiversity of the area. Some invasive species do not allow indigenous ones to survive. When the indigenous plants die out, insect populations that create their habitats around these plants disappear as well,” says N Muthu Karthick, team leader (research), Care Earth Trust.

Rooting for the indigenous
With the pendulum likely to swing both ways, there is no one-size-fits-all action plan for dealing with invasive species. Yet, there is no debate around the importance of indigenous species in any local ecosystem. “Although there are environments that have adapted to invasive species, any ecosystem would be more productive with the presence of native plant species,” says Seetha Gopalakrishnan, journalist and project associate at Care Earth Trust. 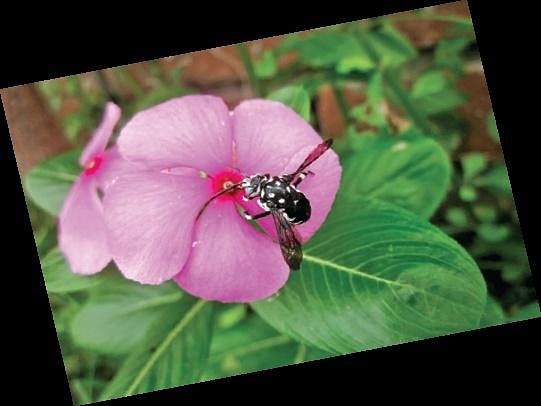 D Saravanan, the honorary warden of the Aranya Forest near Puducherry, is of a similar opinion. “Throughout the 100 acre Aranya Forest, I have ensured that only indigenous plant species survive. Many neighbouring farms still harbour invasive species, which spread to my forest; I weed them out regularly. Indigenous plant species encourage a healthy ecosystem. Introducing invasive plants does not only change the plant cover but also the fauna of the area. Animals that were once used to feeding or seeking shelter in the area, now migrate because of invasive species,” he explains.

Digging deep
Even if experts were to agree upon clearing the invasive species, there is no easy way to go about it. Here’s why. While driving along the banks of the Kosasthalaiyar river, one can see hoards of Catharanthus roseus plants sporting pretty purple and pink flowers. The stems are thorny and the leaves are waxy. Native to Madagascar, the plant is known to have medicinal properties. It has also been found to harbour many species of spiders and insects. They grow alongside Prosopis juliflora, which cover the banks of the river.

These plants have existed in this region for over 60 years and provide shade, shelter and grain to over 70 varieties of birds in the area. For them to be cleared, ensuring that no seed is left behind to take root, it would have to be done by hand, points out Susy. “Most of the time, ploughs or diggers are used to clear the area and prepare the land to be sown.  The activity also causes many of the seeds from the invasive species to fall and germinate, making the clearing process invalid. We can also ensure that henceforth people are encouraged to only plant indigenous species. For this, we would also have to increase the availability of indigenous species to urban planters,” says Susy.