Since Google Playstore is taking down apps related to COVID-19 to stop the spread of fake news, the app will be released on the Chennai corporation's official website

CHENNAI: Chennai is going to be the first city in India to geographically map people with fever symptoms. The Greater Chennai Corporation has developed an app -- GCC Corona Monitoring -- that can map people having fever symptoms as well as people under home quarantine and areas where crowds gather and social distancing is not followed. The app will be launched within a week, confirmed official sources.

"In every other city in the country, the government is only monitoring people under home quarantine actively. But there might be a cluster of people in one particular area showing fever symptoms. Since everyone is locked inside their home, nobody knows even if the person next door is suffering from fever. This can be a major reason for community spread," said M P Azhagu Pandia Raja, Research Fellow,
Ministry of Housing and Urban Affairs and Greater Chennai Corporation, who conceptualised and designed the application.

Once launched, people residing within the limits of the Greater Chennai Corporation can download the app. If anyone is having fever symptoms, they can click on that option. "Then they will have to share a photo from their home, through which we will get their geographical location. As more people in the city notify us, we can immediately find unusual clusters with fever symptoms and send corporation workers there," explained Azhagu. 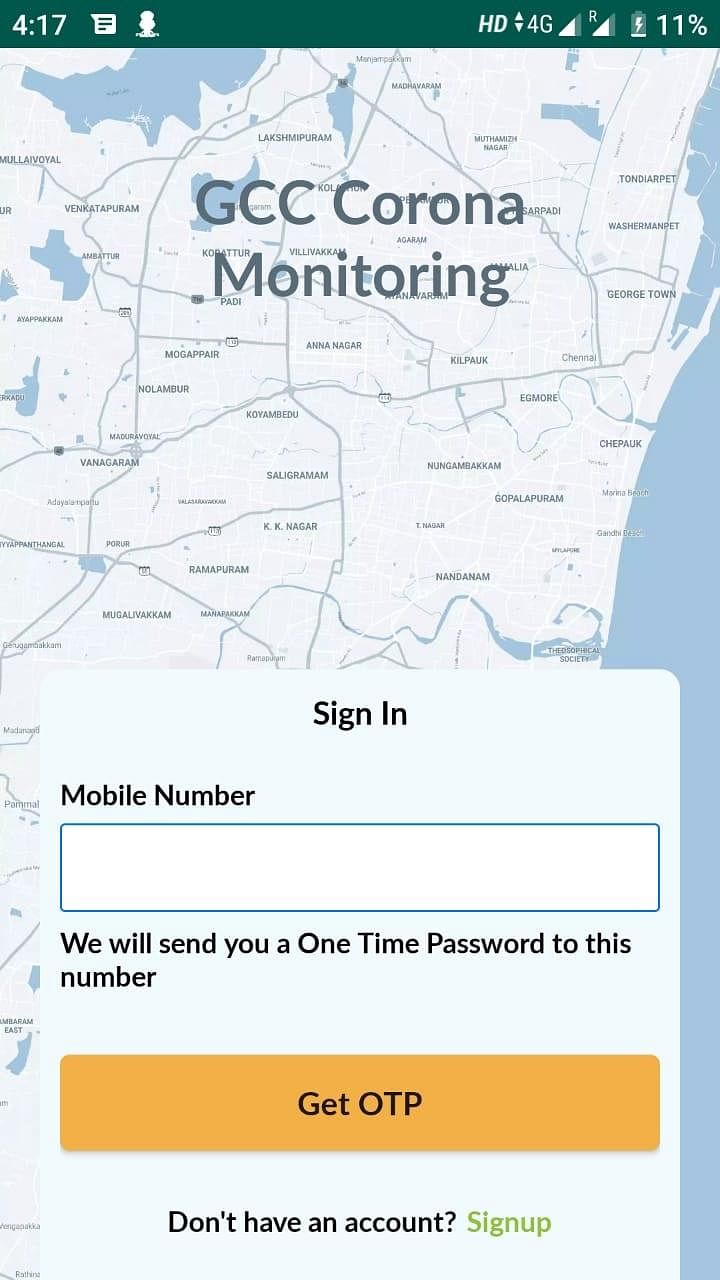 Though it has not been launched  officially, corporation workers who are going on daily inspections to these houses are asking the quarantined public to download the app. Already 1,000 people have downloaded it and sent their locations," Azhagu said. Currently, there are more than 21,000 people in home quarantine in the city. 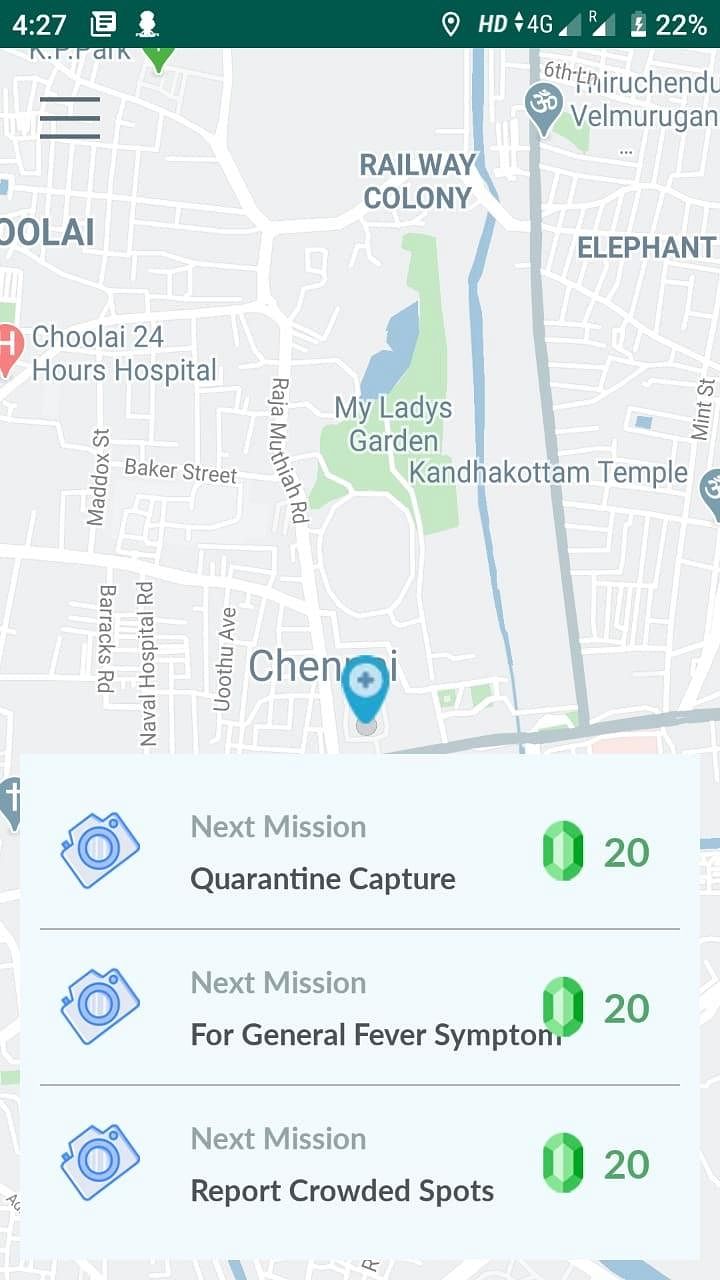 The last option on the app is to notify the civic body about crowds in an area. Anyone can click a picture of a group if they come across one (in a market, meat shop, outside a restaurant) and send it through the app. "Corporation workmen will immediately come to clear the crowd. Priority will be given to the areas where there is already a cluster of quarantined or fever symptom cases," said Azhagu.

Since Google Playstore is taking down applications related to COVID to stop the spread of fake news, this app will be released on the GCC's official website. It is currently developed for Android users and the IOS user app is almost completed. A team of volunteers from Mr Cooper developed the app.

Civic body officials say they believe these analytics will help the city recover faster than other cities.

Now we are on Telegram too. Follow us for updates
TAGS
chennai Coronavirus COVID-19 Chennai Corporation