The secrets of seeraga samba

Seeraga samba — this indigenous variety of rice needs no introduction. The word instantly brings memories of the humble delicacy of biryani.

CHENNAI: Seeraga samba — this indigenous variety of rice needs no introduction. The word instantly brings memories of the humble delicacy of biryani. Aromatic, tiny, and pricey — the rice has been gaining immense popularity in households and the hotel industry for its distinct flavour-absorbing properties.

The rice takes its name from seeragam (cumin seeds) because of its physical resemblance, both being small and ovular; samba refers to the season (typically August to January) when the rice is grown. 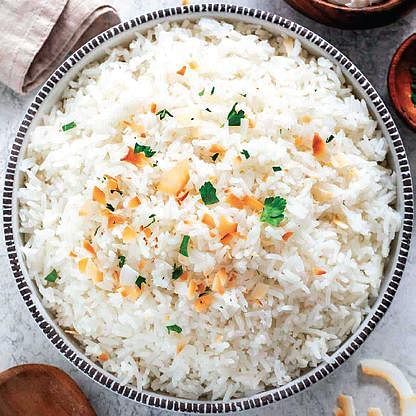 Cultivation of seeraga samba is confined to Vellapallam and Keevalur taluks in Nagapattinam district; Uppiliyapuram panchayat union in Trichy district; and parts of Thanjavur district in central Tamil Nadu. It may be the first rice variety from Tamil Nadu to get the Geographical Indication tag.

“Indigenous rice varieties are gaining popularity among the newer generation. Any local variety of rice is said to be rich in vitamin B complex and has a lower glycemic index.

Seeraga samba is a wonderful alternative to your polished rice any day,” suggests R Pitchiah, clinical nutritionist, Fortis Malar Hospital. He walks us through the nutritional benefits of this rice variety.

Phytonutrients
It also has phytonutrients and this help to fight breast cancer and strengthens the heart function.

Rich in fibre
Since it is rich in fibre, it controls the calories in the food and thus stops more intake of food. It also eases digestion and helps to relieve  constipation.

Powerful antioxidant
While we need only small amounts of it, this rice is rich in antioxidants that protect us from heart diseases. It improves thyroid health and lowers hyperthyroidism.