Nothing had prepared 30-year-old Hameedudeen for an air of indifference in his neighbourhood one humid April afternoon after he tested positive for Covid.

CHENNAI: Nothing had prepared 30-year-old Hameedudeen for an air of indifference in his neighbourhood one humid April afternoon after he tested positive for Covid. But a day or two later, the hushed murmurs of the novel viral attack burst into an open display of hostility after people around came to know he was part of the “Delhi cluster”.

While Hameedudeen calmly parried the steady barrage of criticism directed at him, the Chennai native’s mind was racked by greater worries: a lack of awareness among the people, the plight of people in the interior pockets of the State, and more importantly, the need for help. Today, Hameed networks with Covid-19 survivors across the State. He has attended to at least 60 blood plasma requests over the past two months; he has helped give dignified burial to nearly 100 Covid victims. 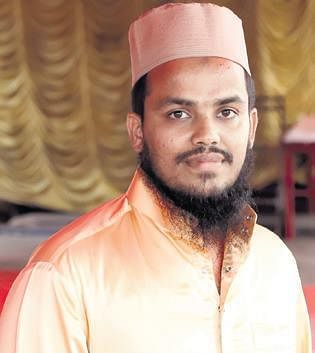 “I was always into social work. I have been volunteering since the jallikattu movement. My efforts in the aftermath of the viral infection are the direct result of what I underwent. When I returned from Delhi, four government vehicles were waiting outside my home. I did not protest, and calmly went to get tested. My result returned positive,” he recalls.

Yes, he suffered from breathlessness, and the mental stress was palpable. However, what left an indelible mark on his mind was the institutional apathy. When streets were barricaded based on the incidence of virus, the angst of the people was directed at him. “People were treating me as if I had committed a crime. Nobody would talk to me or my family. Their harsh comments got me thinking that if educated people could be like this, what about the uneducated,” he says.

It was around that time the government began plasma trials and sent feelers to the survivors for donation. After surmounting the initial hesitation, Hameed decided to chip in his bit. “I began calling up the survivors explaining the need to shrug off the stigma. My efforts yielded dividends with survivors coming forward to donate plasma,” Hameed recalls. His influence was instrumental in organising the blood plasma donation camp at the Rajiv Gandhi Government General Hospital.

“I have seen people dying of Covid-19. We are still doing our bit to save lives and spread awareness,” he says. Hameed recalls seeing the wife of a victim crying outside a mortuary. It was a crucial moment in his journey. “The burial of a Covid-19 victim is not an easy task.

We have to go through tons of formalities, get signatures from dozens of doctors, find a suitable place, take the permission from respective zonal health officers and get an ambulance,” he says. It was then that he joined hands with Uravugal Trust. Together they have helped at least 100 families get closure.

Now we are on Telegram too. Follow us for updates
TAGS
Hameedudeen Delhi cluster coronavirus COVID 19