The market will stay open from 9 am to 6 pm, while traders want it to open from 3 am; traders are also pitching in for opening of the wholesale fruit market on September 28

CHENNAI: The hustle and bustle is back at Koyambedu foodgrains market as traders are gearing up to resume business after a gap of four months from Friday. Shops were allowed to open on Thursday to carry out cleaning work and clear the old stock. Some traders were also seen carrying out last-minute minor renovation works in anticipation of business once the market reopens. 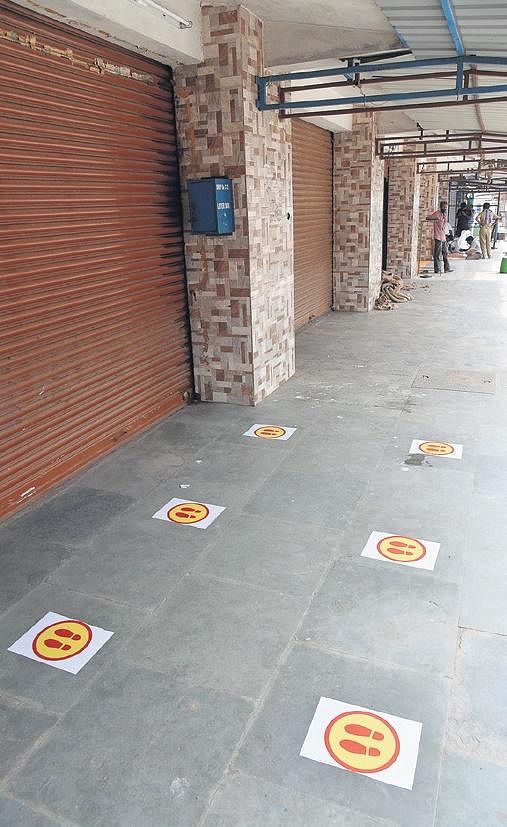 “We have been struggling during the lockdown. Initially, there was no business as officials refused us to even transfer the wares. Later, they allowed us to take out some of the commodities after getting permission from the officials concerned,” a foodgrain trader said. The loss is enormous, he said, while refusing to give a proper figure. “It could run into several lakhs or even crores,” he added.

Tamil Nadu Vanigar Sangangalin Peramaippu State president AM Vikramaraja, who was instrumental in holding talks to reopen the market, said the traders are happy over the reopening of the market, but the timing is a hitch.

The market has been allowed to stay open from 9 am to 6 pm. According to Vikaramaraja, traders want the market to remain open from 3 am so that once the vegetable market opens on September 28, it will be easy for the vendors to buy both vegetables and foodgrains at a stretch, thus boosting the trade. Similarly, traders are also opposing a clamp on two-wheelers which are now banned once the market starts operating. “The officials have allowed only four-wheelers.

We will be taking up the issue with the officials,” said Vikaramaraja. It is learnt that Chennai Metropolitan Development Authority officials, along with the member secretary, will be visiting the market on Friday where traders will raise these issues. Meanwhile, traders are also pitching in for the opening of the wholesale fruit market on September 28. Vikaramaraja said traders are urging the government to reopen the wholesale fruit market from the said date.  This also comes as the Madras High Court has directed the CMDA to consider reopening the wholesale fruit vending portion of the Koyambedu market.

‘Huge loss incurred’
A foodgrain trader says that initially during the lockdown, there was no business as officials did not allow them to even transfer the wares. Later, the traders were allowed to take out some goods after getting permission. The loss incurred could run into lakhs or even crores of rupees, he rues

Now we are on Telegram too. Follow us for updates
TAGS
Koyambedu