CHENNAI: On Tuesday morning, Tamil Nadu Slum Clearance Board (TNSCB) officials, with the help of police personnel, began demolishing the old Slum Board tenements at Kuppaimedu, Mandaveli -- home to 344 families.

Even as the state government extended the lockdown, with relaxations, until the end of the month and residents have been advised against going out unless it's absolutely necessary considering the COVID-19 situation at hand, these families said they are now left in the lurch.

Residents in the tenements said that officials did not bother to check if there were COVID-19 patients in isolation within the premises and began tearing down the houses including one where a death related to COVID-19 happened only on Monday.

ALSO READ: Evictions, demolitions continue across India even amid surge in COVID-19 cases

"Can the government guarantee us that COVID-19 is eradicated now? Then how can they leave us with no house? There are many positive patients within our premises itself, what will happen to them?" asked Maran, a resident.

The houses are set to be rebuilt under the Pradhan Mantri Awas Yojana where the current structure that has 344 houses will be demolished and rebuilt to accommodate 500 houses. 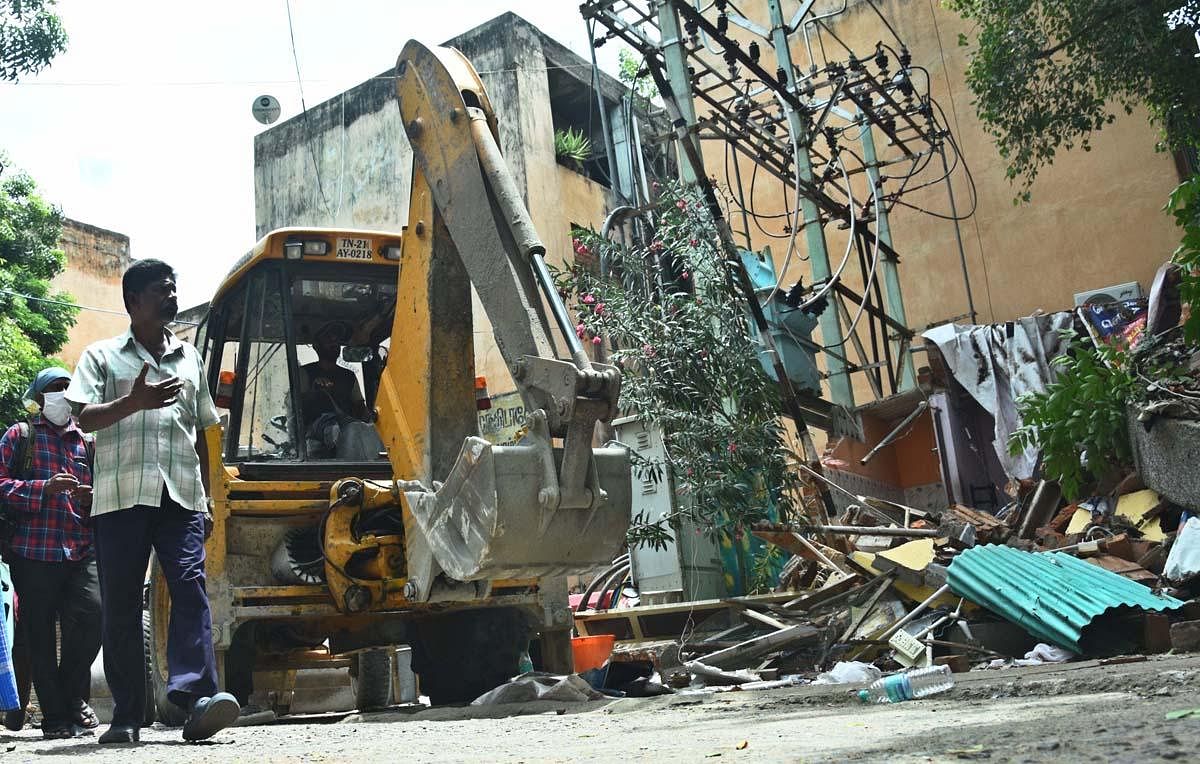 The residents are expected to find their own arrangements in the meantime. Residents, whose houses have been demolished, are pleading with relatives who are reluctant to accommodate them due to the pandemic and the consequent setback to their own livelihoods, to take them in until they arrange money to pay advance for a rental house.

"We received a notice a month back asking us to vacate but where will we go during the lockdown? So, we assumed they would give us time. This morning they showed up all of a sudden and began demolishing the houses," said Prema, a resident of the tenements for 46 years.

"I work as a domestic help in an upper caste house who told me that I need not come to work since I live in a slum area, where they say COVID-19 cases are high. With an aged mother, a sister with an intellectual disability and a son who is also out of work due to the lockdown, where do I go now?" she asks.

Under the affordable housing component, the residents who had been staying here will be accommodated again in the newly built houses but will have to contribute a certain amount.

When contacted, TNSCB officials said that while initially the beneficiary contribution was calculated to be around Rs 5 lakh, after several rounds of meetings with residents who said that they will not be able to afford the amount, it has now been fixed at Rs 1.5 lakh per beneficiary.

"Even this amount of Rs 1.5 lakh can be paid in installments over a period of 20 years," said an official.

Asked why the houses were cleared in the middle of the COVID-19 crisis, an official said that the residents were given several chances to vacate even before the lockdown but they failed to do so.

Now we are on Telegram too. Follow us for updates
TAGS
chennai COVID-19 Chennai evictions