Giving us a peek into his collection, philatelist and post crosser Jaisakthivel Thangavel talks about Chennai’s emerging love for postcrossing

CHENNAI: In a time and age where there’s instant gratification, validation and criticism for everything we do, thanks to social media, imagine receiving a tangible form of communication through a letter or postcard from a stranger, from thousands of kilometres away. And, most importantly, something that is meaningful! Sending and receiving postcards is that to me. A meaningful hobby turned into a passion,” shares Jaisakthivel Thangavel, a professor (Journalism and Communications) at the University of Madras.

A seasoned philatelist and avid postcrosser, Sakthivel is most proud of his QSL card collection — a trove with over 2,000 cards from different parts of the globe. “QSL cards are exchanged between ham (amateur) radio operators to confirm contacts between two radio stations or to acknowledge short wave listener reports (radio listeners). 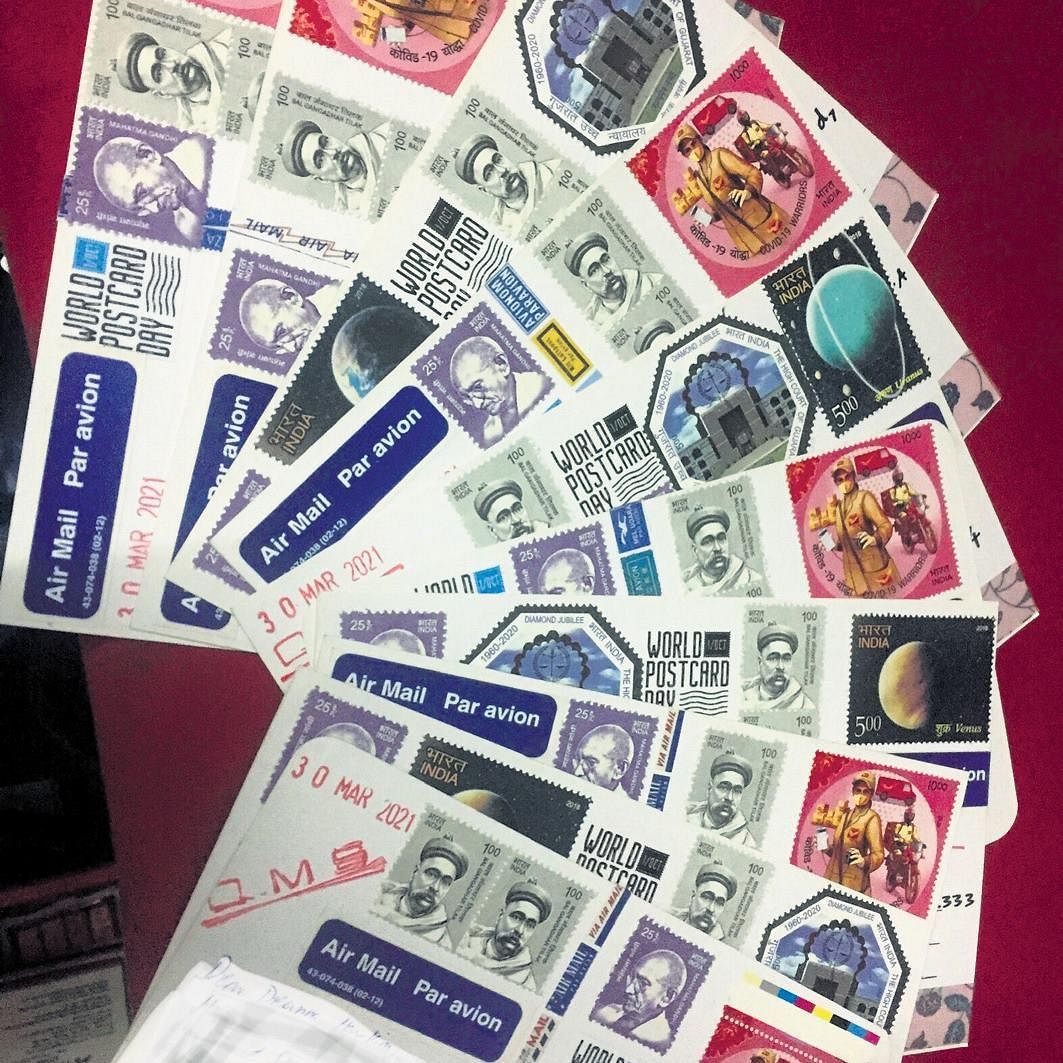 Tuning in to a collection
While it’s been more than 20 years since Sakthivel’s initial tryst with the QSL card, he vividly remembers how he instantly got hooked to it. “Receiving a card from another country motivated me to send more reception reports. It benefitted the radio stations because they were able to ascertain their reach of the signal, while I started getting interesting cards, including a wooden QSL card. There are other kinds like the 3-dimensional and printed paper QSL card, leather cards too,” he details.

However, with the invention of other audio-based technology, the short-wave radio has been dying a slow death. “The number of radio stations that were issuing QSL cards soon dwindled. Now, there are hardly 10-15 countries like the Czech Republic, Japan, Taiwan and Indonesia which send it. There was a time when I received a very rare QSL card from Saint Helena, located in the South Atlantic Ocean! To get cards with cancellations from such faraway places used to be rare and that made it special,” he gushes.

When QSLs started witnessing a slow decline, Sakthivel began looking for other platforms to nurture his interest. “That’s when I stumbled upon the Postcrossing platform (Postcrossing.com), an online project which allows its members (anyone who signs up) to send and receive postcards from all over the world. After sending reception reports to the radio stations, there have been times when I haven’t received a QSL card in return. But, in Postcrossing, you will receive a reply card from someone, if you send one. So my postcard and stamp collection, after stepping into the Postcrossing community, grew and along with it, my interest too,” shares the postcrosser, who has also authored several books on the ham (Amateur) radio.

With newly released stamps from foreign lands often priced beyond a humble budget, Sakthivel explains how Postcrossing helped him collect them, without burning a hole in his pocket. “The postcrossers from other countries would usually attach a rare or new stamp for postage and send it. This meant not just receiving a new postcard with words from a new person but also interesting stamps. This exposed me to new cards from across the globe. Some cards take even over 100 days to reach our mailbox, while some take only a few days. The wait is what makes it interesting,” he details.

Imparting knowledge
The professor has, over the years, been imparting his knowledge on postcards and Postcrossing to his students and is a proud mentor, he shares. “Besides the exams time, students, these days, hardly use a pen and paper to put down their thoughts. So I started teaching them about the value of these cards and they began Postcrossing, and also became a part of other card swap portals. It not only improves their writing and communication skills but also helps them learn and understand the heritage, tradition and culture of another country while engaging with new people albeit in a slow fashion.

Students start picking on the imageries on the card and stamps and research about the place or personality and learn a lot. This is education in a fun form,” says the academic with over 3,000 cards in his collection. Besides his exhaustive QSL card collection, he is also the proud owner of hundreds of thematic postcards. “Cards based on radio, transmitter, valve radio, books and magazine covers are what I love collecting. Since I have updated my profile on the Postcrossing website with these preferences, people send relevant cards. There was a time when I received a much sought-after postcard, which was a part of the New Yorker postcard set. It’s heartwarming how those in the community go the extra mile to send you a card you’ve been seeking. This way, several friendships have bloomed,” he shares.

A yellow postcard from a class 3 student with a hand-drawn radio, cards depicting different flags from across the world, several joint issues, cards depicting UNESCO Heritage sites, COVID-19 series on postal workers, Braille-stamped card from China, media cards and multiple Maxi postcards (where card, cancellation and stamp are of the same theme) and a card with a matrix code (from Germany) are all part of his collection. “Now, with everything available at a single click, the younger generation is craving to go back to living life the old-fashioned way. I have been observing more number of youngsters taking to Postcrossing and writing cards. Not only that, many have been designing their postcards and selling them. Now that’s another benefit of the post, isn’t it? It is turning people into entrepreneurs. I want this tribe to grow and I will do my bit to educate people about it,” he notes.