With a simple platform to compile pictures, videos and voice notes, Shriya Sekhsaria promises to bring back the best of the past for your loved ones

CHENNAI: On July 13, 2020, amid the pall of corona gloom, Coimbatore resident Geetha Sekhsaria turned 75. While she expected it to be just another day,   a surprise arrived for her in the form of a digital memory jar, created by five generations of the Sekhsaria family. A birthday video carrying messages and wishes from friends, family and relatives was made on Lumhaa.com, assuring Geetha a memorable day. “She spent the whole day looking at the video, going through the several messages that we had put together, and celebrating her birthday with all of us, in different parts of the world, on Zoom,” shares Geetha’s granddaughter Shriya Sekhsaria, who conceptualised the idea of a website to create memory jars for loved ones. 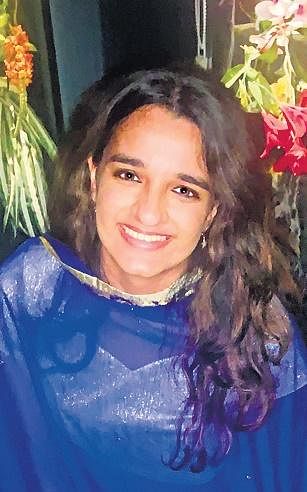 In 2018, the 24-year-old Princeton University graduate’s thesis focus was — ‘Can we make an experiment to make someone happy in ten minutes.’ From getting the participants of her study talk to their friends to trying out exercise routines, Shriya set the ball rolling. But, cracking the ‘X’ factor that made all the participants happy was still a challenge. After much hard thinking, her Eureka moment happened when she thought of memory jars — an idea that she was working on for another project.

“In 2015, I wanted to document the tales of terminally-ill children of India into a non-fiction book and use the proceeds from the sales to aid in their treatment. Unfortunately, during the publishing process, a few of them passed away. When their families were grieving, I thought of printing out the children’s memories and stories that they had shared with me into memory jars and giving them to the parents. They called and told me that reading those notes reduced their grief, making them feel like a part of their children was still alive with them. I, then, thought of creating the same with the participants of my study,” shares Shriya.

She observed that her participants — senior students in her college, residents of old age homes within a 35-mile radius of the University and online participants — became happy within ten minutes of going through their own memory jars. After graduation, setting up a website for this idea and spreading happiness across the globe seemed like the ideal way forward. 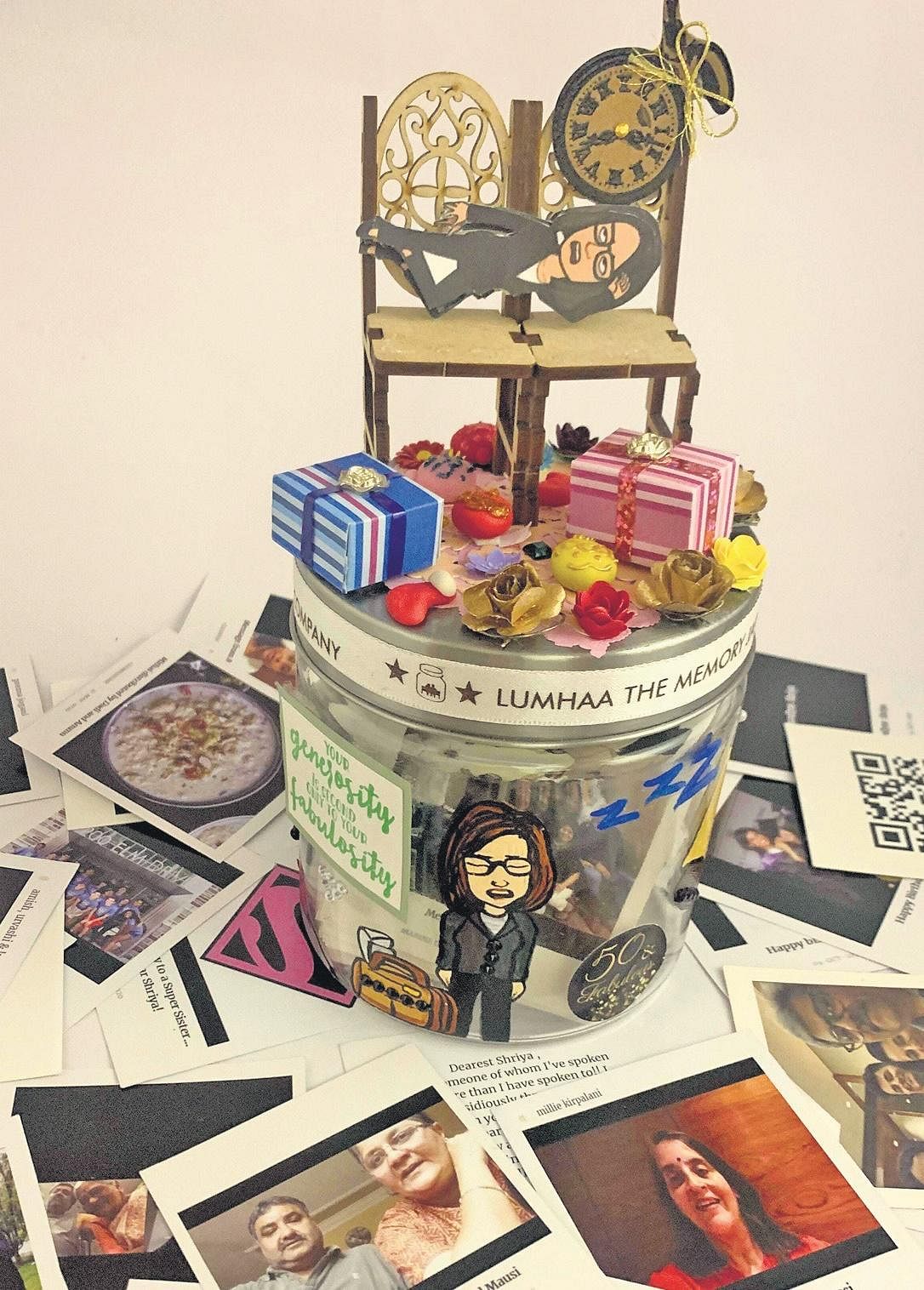 A jar full of joy

The site is accessible to people for free. In four simple steps, anyone can start a digital memory jar on Lumhaa.com. First, you create a memory jar on the site by giving your jar a name with your email ID. Then, you add memories in the form of photos, videos, voice notes and texts. Each jar gets a URL, which you can share with anyone you want and invite them to add their memories to the jar as well. “The fourth step is optional. You can either present the URL to the person for whom you have created the memory jar or you can order a physical memory jar — that is our only source of revenue. The jars can be customised in glass, canvas, acrylic, etc. They are made by artisans from across India. We have an 85-year-old woman named Radha making jars out of tapioca bar, and another woman from Udumalpet who makes clay jars. This way, we are employing many women,” she says.

While the photos and texts can be printed and placed inside the jars, Shriya has come up with a new concept to watch the videos and listen to the audio notes. “It is something like the QR code system, which has been embedded on the jar. When the person brings their phone close to it, the video or voice note starts playing,” she adds. Even after you have made a link (URL) into a physical jar, the user can continue to add  memories.

Shriya received help from all quarters, including her mother Priya Sekhsaria, who often made scrapbooks and wrote letters to her when she was a child. “While we were figuring out the technical aspects, she was doing her research and getting in touch with artists whose works inspired her,” points out Shriya, adding that to reduce the carbon footprint, the jars come in boxes made out of recycled t-shirts and cow dung.

Shriya and her team worked for 16 months designing the privacy settings for the website. “As soon as a user creates a memory jar, two locks by default get activated. One is to restrict crawlers — where you Google a person’s name and you can see their pictures. The second lock is for the Lumhaa team itself as we will not be able to see the memories that the user is adding. There is a third optional lock, which the user can use to lock certain memories with a username and password, which will not be available to even other members they invite,” she explains.

The adversity of the pandemic brought an opportunity for Lumhaa, which gained a lot of popularity with parents creating memory jars for their newborns, jars for celebrations, as a personal diary to record your day in a 90-second survey, and jars for various relationships (especially among the LGBTQI+ community). With this sweet success, Shriya has reached out to schools and colleges across India to make memory jars for each student in every batch.Creating memories might be easy, but it is preserving them that’s a challenge. With Lumhaa, Shriya hopes that all your special moments remain etched for eternity.