Tapping on the goodness of tapioca

CHENNAI: Kuchi kizhangu and maravalli kizhangu in Tamil Nadu, kavva pendalam in Andhra Pradesh, mara genasu in Karnataka and kappa in Kerala. Tapioca, a humble yet nutrient-dense tuber with roots in Brazil, found its way to India in the 1800s as a substitute for rice, during a famine that hit Travancore. The vegetable has, over the centuries become a dietary staple in households across the country.

Taking up a cultivation area of about 0.21 million hectares and a total production of approximately seven million tonnes, the starchy tuber crop, in its varied forms from powder to pearls (sago) has several nutritional benefits to offer. “In Tamil Nadu, the cultivation of the crop can be primarily found in the villages of Kanyakumari and Coimbatore districts. Back in the day, it was the preferred staple by farmers and hunters, for its ability to give instant energy and keep them full for a longer time,” says Varsha Pramodh, a registered dietician, research scholar and metabolic nutrition consultant. 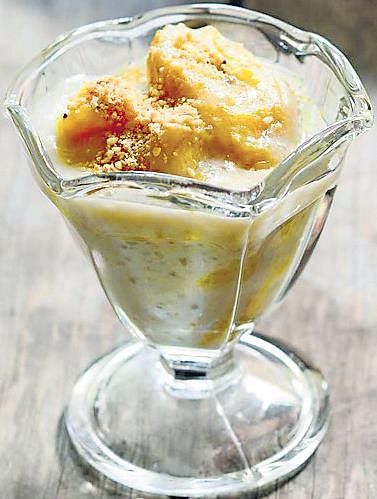 Extracted from the cassava root, Tapioca’s naturally gluten-free nature serves as a great substitute for cooking a variety of dishes. “This is a great alternative for people who have gluten-intolerance. Substituting it in recipes makes it a healthier and tasty option,” she shares. The starchy tapioca liquid is squeezed out of the ground cassava root and dehydrated into powder, pearls and flakes. While the tapioca pearls can be used in making bubble teas, puddings and desserts, the flour can be used to make gluten and grain-free breads, flatbreads, as a thickener for soups and sauces, and as a binding agent.

“In India, tapioca is traditionally eaten to break fasts because it contains very low sodium and while breaking the fast, the simple source of carbohydrates the root provides, gives instant energy. It is rich in calcium, potassium, has a low-fat percentage and due to its low sodium content, people with kidney and liver-related ailments and other long-term illnesses too can consume it in moderation,” she explains.

The total carbohydrate content in tapioca is less (22 g per 100 g), making it a healthier choice. “It doesn’t have a taste of its own. However, when boiled or turned into  kheer, pudding, khichdi, curry or when being served with steamed fish as a ‘poriyal’ or in a boiled state on a banana leaf — it shines,” she details.

The soluble dietary fibres in the root help one keep their gut health in check, prevent autoimmune diseases, enable reduction of inflammation and lower blood sugar and cholesterol levels. “It improves body metabolism. However, consumption in moderate quantities (once a week or in 15 days) is advised for those with diabetes,” she adds.

Take enough water in a pan, and cook sago in it. Switch off when it becomes transparent, drain all the water and set it aside.

Cook for few minutes then add sago and simmer for at least 10 minutes.

Stir in between so that it doesn’t get stuck to the bottom. Simmer until the milk thickens.

When the milk has reduced in volume and turned thick, with a creamy consistency, switch off.

Cool it down and then add cooked pineapple and stir. Keep it covered for a few minutes and then pour in serving glass and refrigerate it for 30 minutes.

Serve chilled with cut pineapples as a topping.