A new stage for theatre technicians

When the theatres shut their gates for the pandemic, it was more than just a small adjustment for the community that lived off of it.

CHENNAI: When the theatres shut their gates for the pandemic, it was more than just a small adjustment for the community that lived off of it. Especially in a place like Chennai where this kind of art gets little exposure, minimal patronage and no help or official recognition. After a few slips and falls, while actors were able to find some engagement online, the theatre world’s technical staff still had to wait for the return of business to find work.

The return of the lockdown and curfew has pressed pause on those efforts too, forcing them to think outside the box to sustain their work. It’s this push for innovation that has the Chennai Art Theatre setting up its first podcast series Vayadi. And B Charles, its founder, promises to keep it fresh with every episode.

“We wanted to talk about what goes on behind the scenes of a theatre play which is light design, set design, prop design and how that is contributing to the play. And about acting, of course; what it takes for stage acting versus film acting. On top of this, we’d be talking about all related fields as well, dance and music and such,” elaborates Charles. 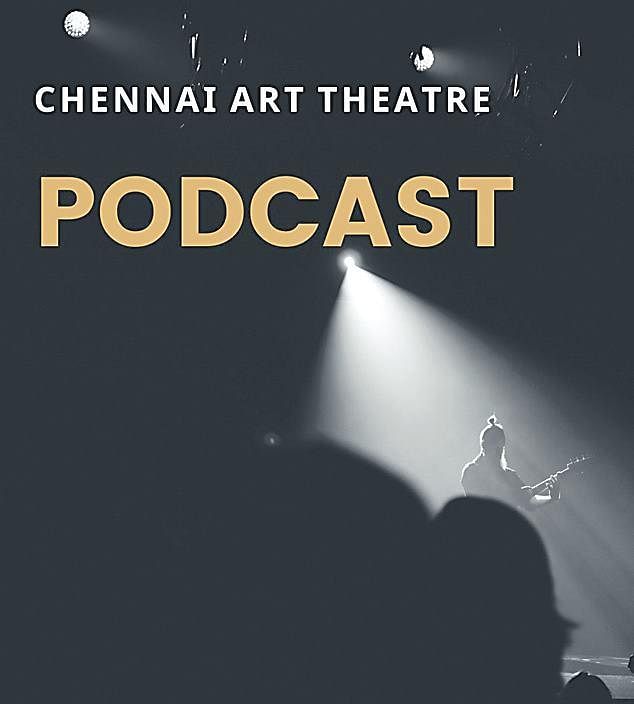 Far from being yet another instructive medium, this podcast is set to be more along the lines of ‘a day in the life of’ series, featuring artistes and technicians from the industry in every episode. The idea is to offer a prominent platform for the technicians who remain anonymous and are barely recognised for their work by those they collaborate with. “Production is something that is not getting much attention. Like acting, you need people with some expertise too. Today, if you want to hire a good set designer, you’re going to have to spend some money. But people would rather get their friends to do it for them.

So, there’s not much importance given to this; and there’s not much money in it too. It’s not the same for actors. They are exposed to the world and get recognition and validation. But technicians, unless you tell the audience, they are not going to recognise “oh this is the light designer for this play!”. The idea is to shed light on these people and this work,” he surmises.

Charles is hoping people would take to this the way they started appreciating the different aspects of cinema. After all, from looking out for just the actor, we did start going to movies for the director, noticing who the editor was, recognising the style of the cinematographer and even acknowledging the work of the sound engineer.

Besides these sessions and interactions, the podcast will also feature at regular intervals plays from their Erotica series. Going by the radio play format, people will be able to listen to entire plays, he says. While there is plenty of excitement lined up, the first episode, set to be released this week, will kick things off on a sombre note with the discussion on Art and Suicide, he shares.