This year, we are bringing a fine assortment of award-winning productions. Some of the classic plays are by Girish Karnad, Feisal Alkazi, Mahesh Dattani and Shrilal Shukla and so on,” says Hemant Bharat Ram, introducing the ongoing, prestigious Panna Bharat Ram Theatre Festival.

The festival is dedicated to Panna Bharat Ram who is considered instrumental in bartering talents of many artistes. Giving the audience the best in terms of script, direction, acting and themes, these plays bring dark comedy, romance and even psychological thriller on the stage. 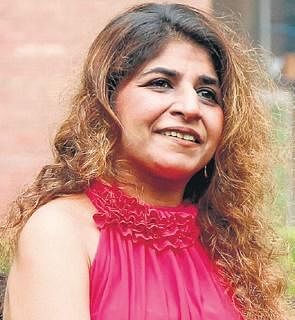 Some of the prominent plays showcased in this sixth edition include, Compunction by Kaushik Bose – a psychological thriller exploring the human psyche of guilt,  Arsenic & Old Lace by Joseph Kesselring – a farcical black comedy revolving around the D’silva family of Vasai and Dastan -e- Raag Darbari by Shrilal Shukla – a satirical take on the politics and society, among others.

Mahmood Farooqui, Director, Dastan-e-Raag Darbari (scheduled for December 28) first read the classic cult novel Raag Darbari 20 years ago when he was in college and was completely bowled over. “I had seen Yes Minister and read Jonathan Swift’s works but I had never come across a political satire that encapsulated an entire culture the way this novel did. By then it was also a part of the English literature course in St Stephen’s College, as a translated work so obviously it was considered very important back then.”

As the novel completed 50 years in 2018, Farooqui was keen to present the novel in “Urdu storytelling Dastangoi format, which I revived 15 years ago. Fortunately, the original publishers contacted me and said that this novel has sold over 10 lakh copies in Hindi language alone, which is a remarkable figure and would I presented it as a dastan. I agreed readily and excitedly.”

Tara, a play written by Mahesh Dattani (23 December) deals with the idea of female infanticide that is prevalent especially among the Gujaratis. Divya Arora, co-director and protagonist of the acclaimed play, says, “When we met 15 years ago, it was like my character met the creator, and what Dattani wrote resonates my real life. Like the meeting of the creator with the creation” adding, “Since I’m also physically challenged in real life like Tara is, it was a double challenge for me to enact the role to the hilt of perfection. It was a test as I feel that the easiest things are the most difficult to do.”

Till: December 29
At: Sri Ram Centre for Performing Arts

More from Delhi.
Now we are on Telegram too. Follow us for updates
TAGS
Panna Bharat Ram Theatre Festival Delhi