The buses are equipped with modern features such as GPS trackers, panic buttons, CCTV cameras and hydraulic lifts for the convenience of the differently-abled.

NEW DELHI: A hundred new buses, part of the 1,000 standard-floor buses that started being delivered last month, were flagged off by Delhi Chief Minister Arvind Kejriwal on Thursday. 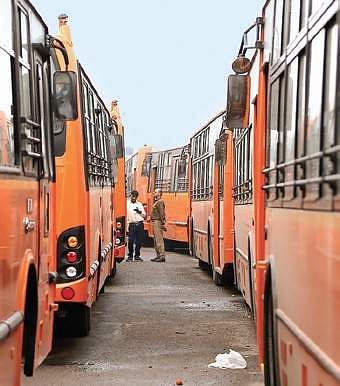 The buses are equipped with modern features such as GPS trackers, panic buttons, CCTV cameras and hydraulic lifts for the convenience of the differently-abled.

In all, 129 buses have been flagged off in the previous month. Kejriwal flagged off the 100 new buses along with Deputy Chief Minister Manish  Sisodia and Transport Minister Kailash Gahlot and other Delhi government officials.

“I want to congratulate the people of Delhi that 100 new buses have been flagged off on the roads of the national capital. Delhi is being recognised all over the world for quality education and health. We are also trying to strengthen our transportation system. Three thousand buses will hit the roads of the national capital in the next 6-7 months, of which 1,000 will be electric buses, which is the biggest electric bus deployment ever,” the chief minister said.

On the maintenance of the buses, the chief minister said, “Earlier, we used to witness issues with the last-mile delivery of various services. Budgets have been sanctioned even by the previous governments for maintaining schools and hospitals, but only this government has worked on maintaining schools and hospitals with that budget. In the same way, this government will ensure timely maintenance of all the features of the buses.”

In addition to the standard-floor buses, 1,000 low-floor AC buses are also being inducted. The contract for 650 low-floor buses has already been awarded by the Department of Transport.

Now we are on Telegram too. Follow us for updates
TAGS
Delhi Buses Arvind Kejriwal AAP Delhi Transports DTC Buses