As part of the consultation, called #FightingPollutionTogether, Kejriwal signed up as a verified decision maker on Change.org.

As part of the consultation, called #FightingPollutionTogether, Kejriwal signed up as a verified decision maker on Change.org and reached out to people with an emotional appeal to work hand in hand to address the problem of pollution in the city.

Last month, the CM had launched a seven-point action plan for Diwali and the winter that included re-introducing the odd-even scheme to bring down vehicular pollution, distributing anti-pollution masks, organising a laser show to celebrate Diwali without crackers, regular sweeping and watering of roads to reduce dust in the air, and more patrolling to stop leaf burning. 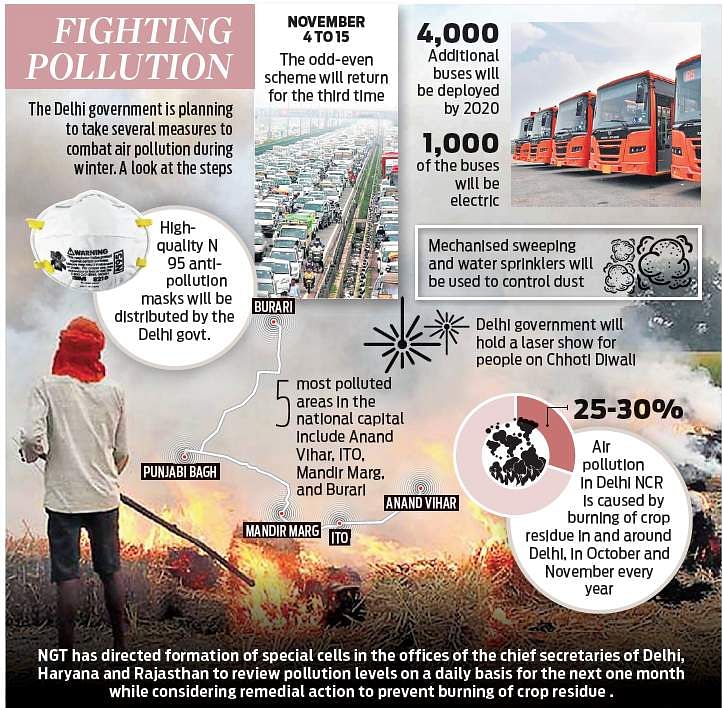 “We have all seen astonishing views of clear skies in Delhi in the past few days and we know that it is possible to retain these clear skies, like any other global city, if the government and citizens jointly find solutions to Delhi's pollution woes. We have started work on activating the winter action plan and I would like to hear from people how the government and the citizens can collaborate in this mission to keep Delhi’s air clean. The 25 per cent reduction in pollution we have achieved in Delhi has to be built upon to reduce it further,” Kejriwal said while launching #FightingPollutionTogether on Change.org.

In a message to the users of Change.org, the chief minister said, “I am doing everything in my capacity to ensure that Delhi doesn’t turn into a toxic gas chamber again. In addition to these steps, if you have an idea to beat pollution, then start a petition to me right away. I believe great things are in our future when citizens and government build a road map together.”

Nida Hasan, Country Director of Change.org, said, “Pollution in Delhi has become a big problem over the years. We have seen many petitions on the platform trying to address this issue which have been supported by millions of people. I am glad that Delhi’s Chief Minister, Mr Arvind Kejriwal, has opened a line of communication with Delhi’s residents to tackle this problem.”

Move in addition to seven-point plan

Last month, the chief minister had launched a seven-point action plan for Diwali and the winter that included re-introducing the odd-even scheme to bring down vehicular pollution.

Stay up to date on all the latest Delhi news with The New Indian Express App. Download now
TAGS
Arvind Kejriwal Delhi Polls