Initiated by Delhi Blue Pottery Trust from October 11-16, the showcase will introduce latest collections by artists from 10 states.

After taking the test of fire, the humble clay emerges to exhibit its versatility in the way of vases, planters, decorative ornaments, kitchen essentials, jewellery boxes, or children’s toys. The pottery style that has become extremely prevalent as a hobbyist pursuit, in fact, dates back to 1700 BC. But its history doesn’t provide immunity for its survival. So when we stumbled upon a host of tribal terracotta artisans setting up their stalls for an upcoming exhibition at Triveni Kala Sangam, called Terrafest 2019, we decided to stop by and bring you their work.

Recommended is a walkthrough and viewing of the different styles from what one usually sees in and around Delhi. For instance, Manipuri pottery is made using clay and powdered stone and has a typical black colour. Those from Madhya Pradesh include the popular temple sculptural style with a tiny door housing the deity figurine (s). There’s usually a diya (earthen lamp) on the top. Gujarati terracotta is discernable by its hand-painted animals and décor products, while Delhi’s quintessential feature is reflective of glazed urlis and leaf patters with a deity symbol or sculpture in the middle. It’s mostly of Lord Ganesha but others are crafted too. 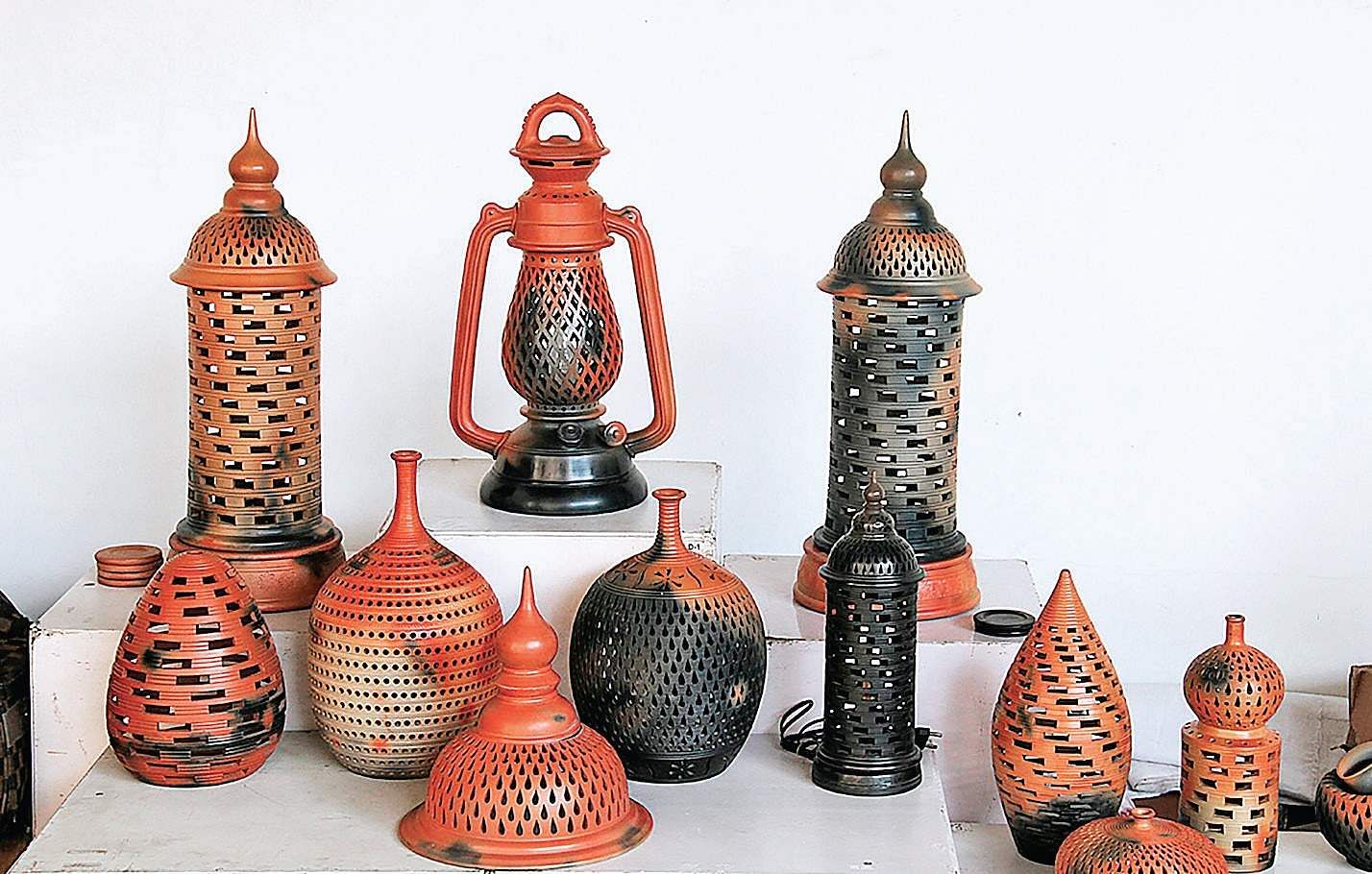 The purpose to organise this festival is fired by the impetus to create opportunities for the makers of these handicrafts. Competition from plastic and metalware is stiff and therefore, the desire to make this ancient craft survive has become stronger. While some artists have managed to update their skills by taking design development workshops, the majority is still unexposed.

So the idea at this fair is simple. You not only pay a visit to purchase items but also to learn about them. Talking to the potters is encouraged. In fact, they are more than willing to tell you about their lives and profession.

Since the first Terrafest in 2015, the initiative has shown signs of promise. Back then, it saw only 12 artisans. This year, the number has increased to 21. With the sale of these products, the Delhi Blue Pottery Trust hopes to encourage the new generation of artisans, who at the moment, maybe dwindling in their commitment, but will stabilise if they gauge sustainability in this profession.

To shake things up several workshops are being organised. These encourage a hands-on understanding of the medium and the material. There is a ‘carving on tiles’ workshop by Revati Anand. Terracotta jewellery making by Harish Dhawan. A ‘coiling in terracotta’ session by Vibha Budhraja, in addition to a ‘decorating with slip-on terracotta planters’ by Soni Dave. And the most exciting one of these is the ‘Five minute Ganesha in terracotta’ by Gourav Sampatrao.

Stay up to date on all the latest Delhi news with The New Indian Express App. Download now
TAGS
Delhi Delhi art show