The gathering was attended by former students ranging from the 1969 batch to those who passed out from the school in 2018.

More than 100 Delhi-based former students of the Daly College, Indore, gathered for an unforgettable evening here and revived, relived and reconnected with old classmates, seniors and juniors. The gathering was attended by former students ranging from the 1969 batch to those who passed out from the school in 2018. The evening provided the perfect platform to put aside the pressures of daily life and recall the days in school. 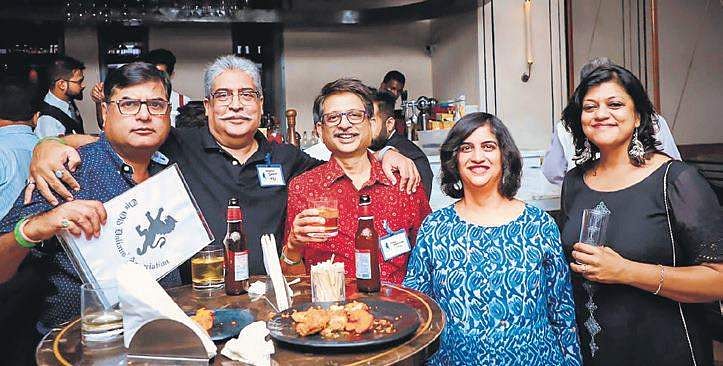 “It was great to catch up with old friends and to make new ones. This was the first such gathering but we have decided to have regular get-togethers,” said Jogesh Jerath of the 1980 batch.The evening was attended by Old Dalians Association president Kripal Singh Saini, ODA representative and vice-president of the governing body of the Daly College Devraj Singh Badgara and ex-officio member of the executive committee of the ODA Jai Singh Jhabua. All of them came from Indore just for the occasion.

There was also a delegation from Bhopal, including Sudesh Rai, a sitting MLA of the Madhya Pradesh Assembly, and Manish Patel, a former ODA president.Founded by Sir Henry Daly of the British Indian Army during the colonial days, the Daly College is a co-educational residential and day boarding school located in Indore, which is currently hosting Madhya Pradesh’s first investor summit.

It is not only one of India’s top schools but is also counted among the oldest co-educational boarding schools in the world. The evening is being seen as a precursor to the celebrations the school is planning to hold on a large scale when it completes 150 years in 2020.

Stay up to date on all the latest Delhi news with The New Indian Express App. Download now
TAGS
Daly College Delhi