Work orders have been issued for three out of the nine stretches and for the rest would be issued by November 15.

NEW DELHI: The Delhi government has begun a drive of redesigning city roads with an eye on bringing them at par with streets in European cities. Delhi CM Arvind Kejriwal announced the redesigning of nine stretches to combat traffic congestion and ease out bottlenecks in the city. 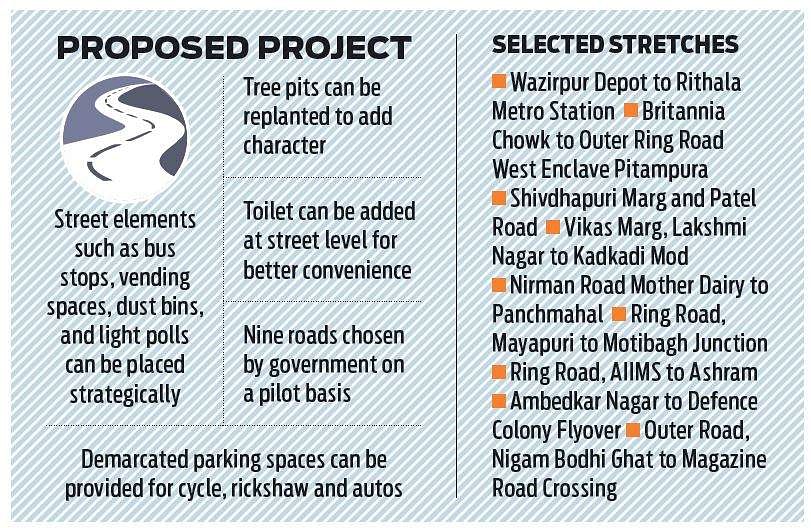 Work orders have been issued for three out of the nine stretches and for the rest would be issued by November 15. “All the roads of Delhi will be entirely redesigned as per international standards. Nine road stretches of 45 km will be redesigned on a pilot basis. The cost of redesigning these stretches will be `400 crore,” Kejriwal said at the Delhi Secretariat.

“The wide roads in Delhi turn into narrow lanes after a few miles, and then back into a wide road after a few miles, which create bottlenecks and heavy traffic. Our priority will be to remove these bottlenecks. Our second work would be to increase efficiency of the existing roads. There will be measured and planned spaces for vehicles, non-motorized vehicles, footpaths, and side-lanes,” he informed.

Stay up to date on all the latest Delhi news with The New Indian Express App. Download now
TAGS
Arvind Kejriwal AAP