Four robbers held after exchange of fire with police in Noida

Superintendent of Police (Crime) Ashok Kumar Singh said the Sector 20 police had received a tip-off about the movement of the gang in the city around midnight.

NOIDA: Four members of a robbery gang, which struck factories at the break of dawn, were arrested after an exchange of fire by the police in Noida on Tuesday, officers said. Two of the accused, carrying a reward of Rs 25,000 each, were injured in police firing near the Botanical Garden Metro station, while two others were held as they tried to flee, a senior officer said.

Superintendent of Police (Crime) Ashok Kumar Singh said the Sector 20 police had received a tip-off about the movement of the gang in the city around midnight. “The accused were coming in a car from Delhi and were gestured to stop for inquiry at Rajnigandha Chowk but they sped towards Atta and further towards Botanical Garden,” he said. 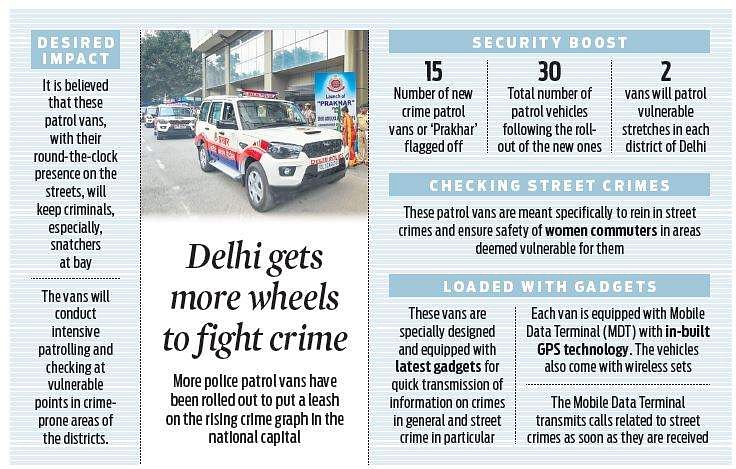 “Their car then went out of control and hit a tree. Two of the occupants came out of the vehicle and fired at the police team, while the other two fled,” Singh said, adding that those who were firing were injured in retaliatory action by police. The other two were arrested during a combing operation in the area, he told reporters. Those injured were identified as Mohammad Abid and Yogesh, while their accomplices were identified as Sameer and Neeraj, he said.

The officer said the accused used to target hardware and tool-manufacturing factories and often held security guards of these companies hostage to break into their warehouses.“Two gang members, held recently, shared some vital inputs on the gang,” the officer added.