Battle for right body: The reality of sex reassignment surgeries in India

Between the high costs incurred at private clinics and the lack of sensitivity at government hospitals, sex reassignment surgeries remain a distant dream for many members of the transgender community.

It was the beginning of a new life with a fresh identity. I felt like I was reborn. Aisa laga, koi bojh thaa jo utar gaya (It felt as if a burden was lifted),” said 26-year-old Neeti Wadhwa. Born as Nitish, Neeti felt that her female identity was trapped in a male body. At 20 years of age, she could bear no more. That’s when she decided to come out as a transgender and embrace her real identity.

Gender dysphoria or distress caused by not having your body match your gender identity is central to the struggles faced by the transgender community. While changes in gender expression — mannerisms and clothing — can help an individual deal with gender dysphoria to an extent, these steps are often accompanied by social stigma which adds to the mental agony of the person.“I had to change multiple schools because I was constantly bullied. I also suffer from dyslexia and was not able to perform well academically. I had sensed very early that I was not a man and my male organs did not make me one. I have always thought like a woman. I was living a claustrophobic life,” she said. 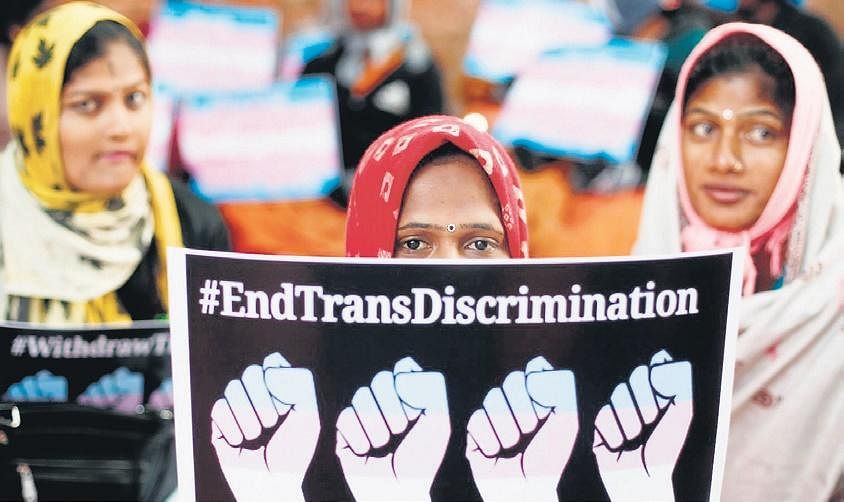 “Nothing is harsher than pretending to be the person you are not,” Neeti said. “I had to put in so much effort to pretend I am like one of them (men). Be it in school, or at family gatherings, my mother would never allow me to wear women’s clothes,” she added. Deciding to put an end to her pain, Neeti opted for sex-reassignment in 2017 by taking hormone pills. After six months of hormone pills and clinical psychology and psychiatry sessions, she underwent the sex reassignment surgery in 2019. Hailing from an upper-middle-class family, Neeti claimed that she had the privilege of being able to afford the cost of the whole treatment at a private hospital.

While the cost of undergoing sex reassignment surgeries (SRS) at private hospitals or clinics can range between Rs 2 to Rs 5 lakh for a male to female (MTF) transition, for a female to male (FTM) is anywhere between Rs 4 to Rs 8 lakh.  While the costly surgery is the final step in the transition process, the medication and therapy are added expenses. A year of therapy with a psychologist is compulsory before undergoing physical transition. This includes two to four sessions a month which can cost Rs 1,000 to Rs 1,500 per session, bringing the total cost to Rs 48,000 to Rs 72,000.

In Delhi, several private hospitals, including Fortis, Shalimar Bagh and OLMEC are considered leaders in conducting SRS. However, the sheer cost of the process forces a vast majority to reluctantly opt for the procedure at government hospitals (both central and state-run) which offer the service for free but fail to draw many patients.

“I can never think of going to a government hospital and talk about such a sensitive issue. I tried once, but the environment made me extremely uncomfortable,” Neeti noted. Another member of the transgender community, who did not wish to reveal their identity, said that while affording the cost of surgeries is often beyond the financial capability of many, government hospitals fail to offer a sensitive approach to the process. “Many of my fellow transgenders have visited government hospitals to enquire about SRS but there are a lot of missing links. Most of the staff there are not aware of how to behave in a situation like this.

I saw several of them smirking while looking at me. Apart from this, getting an appointment in a short span is not possible,” they said. Dr Aqsa Shaikh, a Community Medicine Specialist teaching at Jamia Hamdard and a transwoman, noted that having trained and sensitised staff and more manpower is an important need at government hospitals.“Because of the social stigma attached to the transgender community, there is a fear of not feeling comfortable in crowded places. Hence, it is not surprising that many of them prefer to go to clinics which provide privacy and prioritise their needs. This kind of environment is lacking in government hospitals,” she said, adding that SRS should be included under the provision of Ayushman Bharat. Currently, the criteria set for drawing benefit under the scheme is not suitable, she said.

According to Dr PS Bhandari, consultant plastic surgeon at LNJP hospital, due to the huge turnout of patients and long-pending dates given to them, many of the transgenders leave the treatment procedure in the middle and shift to private clinics. “There is no fixed number of surgeries that happen in a year. Sometimes, five surgeries are conducted in a year, while another year there may be only one. Conducting such complex surgeries need trained professionals as they cannot be performed by every surgeon. So, SRS cannot be performed on the scale that it is at designated private hospitals or clinics,” he said, adding, that recently such surgeries have gone down. 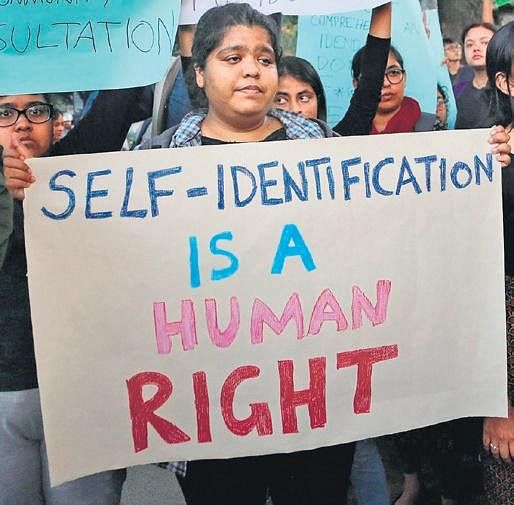 “In any government hospital, the priority is first given to cases such as cancer, which are malignant. This is not to say that SRS is not an important procedure but usually the approach at government-run hospitals is to slate these surgeries for later as they cannot be termed emergency cases which are related to life and death. Hence, they often area treated as low priority,” he stated. Dr Bhandari also noted that many patients opt out of surgery at the final stage when the doctors discuss about the complications of SRS. “This is no easy surgery. After undergoing SRS, the organs are replaced but proper sexual health may not be possible. Since the genitals are created unnaturally, there is no chance of conceiving. Hence, many individual opt-out of,” he added.

“Most of the patients come in before the surgery but they are supposed to be in regularly in touch with the psychiatrist. A few studies have suggested that not all who undergo the surgery are happy about it but most of them think  these surgeries work a miracle,” said Dr Om Prakash, Department of Psychiatry, Institute of Human Behaviour and Allied Sciences (IHBAS)Bhandari further noted that most of those who come in for consultations are accompanied by their partners. “Family acceptance is still low in India. Families do not readily accept that their child will undergo sex change and often come into the picture much later after the surgery is completed. But once it is done, all patients get a boost to their mental health,” he added.

Dr Nimmi Rastogi, Coordinator of Health, Dialogue and Development Commission of the Delhi government, said that the state is mulling a special cell for transgenders with members from both the social fraternity and medical sector. “We will make sure that their problems are addressed. The cell is being constituted under the social welfare department and the preliminary draft has already been completed. Because these surgeries are prolonged and complicated, a super-specialty cell is required, which currently does not exist. We will have well-designed plan for gender reassignment surgeries. Once the cell is formed, this particular issue will certainly be addressed,” she added.

Despite the several roadblocks in the sex reassignment journey, it remains an important step for self actualisation for many transgenders like Neeti. “Last year I attended my friend’s wedding and wore a lehenga-choli. I cannot explain how happy and proud I felt with my decision of having the surgery,” she said. “It is the transformation of a soul and not just the body. It is about finally being who I am.”

Converting male anatomy to female anatomy involves removal of the penis, reshaping genital tissue and constructing a vagina. Following the surgery, female hormones will re-shape the body parts and stimulate the growth of satisfactory benefits.

Female to male surgery, on the other hand, usually achieve lesser success due to the difficulty of creating a functioning penis from the much smaller clitoral tissue available in the female genitals. Apart from the genital organs, breasts also need to be surgically altered.

Approval from two psychiatrists and psychologist certificate from a gynaecologist and endocrinologist
Hormone tablets may also be advised by the doctor Q.

Opposition to the Trans Rights Bill

Activists have criticised the Trans Bill for its potential to contribute to discrimination, stigma and further transphobia. They say the Bill directly violates the NALSA judgement of 2014 that advocates for self- identification.  It requires trans people to be ‘certified’ by the district magistrate to have their identity recognised.

More from Delhi.
Now we are on Telegram too. Follow us for updates
TAGS
Gender dysphoria LGBTQI LGBT sex reassignment surgeries