The art buzz gets louder...

With  India Art Fair (IAF) 2020 edition starting this Thursday, Delhi, as every year, will witness a burst of art shows by a range of contemporary spaces.

NEW DELHI:  With  India Art Fair (IAF) 2020 edition starting this Thursday, Delhi, as every year, will witness a burst of art shows by a range of contemporary spaces. Already, four major collaborative shows were launched or given a sneakpeak into as previews yesterday. Here’s a gist:

In the show, Memory’s Cut; Its Deep Embrace artist Remen Chopra W Van Der Vaart is to interpret her personal journey of migration at the gallery 24, Jor Bagh. By recalling family stories of Iran, Rawalpindi and Shimla, as narrated to her by her grandmother, the artist also bring personal objects to the gallery. The idea of this solo exhibition is to use

writings, maps, objects, poetry along with sculptural works to go back to the past and recall memories locked in another time. According to Curatorial Advisor Reha Sodhi, “The exhibition is a poignant chronicle of the artist’s life that interweaves personal archives, notions of home
and memory. Her work is a unique assemblage ofintimate moments, poetry and personal objects that were passed on from one generation to the other.” On: January 31-February 24
At: 24 Jor Bagh 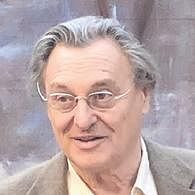 With the show Gerard Garouste – The Other Side at the National Gallery of Modern Art (NGMA), Delhiites have a chance to view artworks by the French painter and sculptor. Garouste is influenced by culture, myths and legacy of old French philosophers and writers. This show is interesting because the artist has displayed a variety of themes fit for the Indian context. Garouste was always fascinated with humanity and the metaphysical, which led him to India’s link to his own cosmogony. Also, the artist has worked here during the 1990’s, on projects for his art education charity, La Source. Till: March 29 At: NGMA, Delhi

Themed on ideas about living and the environment, Building Ruins, an exhibition curated by Anuj Daga brings together experiments by Rhode Island School of Design alumni in India since 1990s. Some of the artists showcasing their work include Malvika Vaswani, Aparajita Jain Mahajan, RaghviBhatia, Mekhala Behl and  Aahana Miller. The artworks range from painting, photography, text, installation, sculptural and design objects. According to the curator, “Expanding on the notion of pure creativity, the project has chosen a multidisciplinary approach that gathers not only artists, but also architects and graphic, textile and industrial designers who constantly engage with the expanding boundaries of imaginative
thinking.
On: January 31 - February 2 At: Agenc Colab, Chhatarpur

Atul Dodiya takes the viewer into time-travelling expeditions with his new show, Stammers in the Shade. His preoccupation with his well-known shutters takes a whole new state of representation with this solo. There is electric presentation of the shutters, portraits and landscapes. The artists offer the viewer a set of shrines Till: February 29 At: Vadehra Art Gallery, D-53 Defence Colony, New Delhi where he plays around Darshan or epiphany. Dodiya travels between the Gandhian era and the present, moves through the Trecento, reaches at the ateliers of the Rajput miniaturists, and eventually dwells on the modern masters he is inspired by.