NEW DELHI: The Special Investigation Team of Delhi Police is tightening its grip over suspended Aam Aadmi Party Councillor Tahir Hussain. The SIT is trying to identify the people who were in regular contact with Hussain on the day of violence. Hussain is presently on seven-day police remand in connection with violent incidents in northeast Delhi on February 24-25. 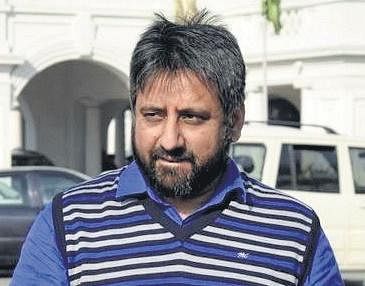 According to an insider, a total of 15 people have been identified so far, who were in contact with Hussain regularly. However, the motive of conversations are not clear so far. An SIT source said: “The identified people include many relatives of Hussain about them he said that he was only warning them against going into the violence-affected areas. However, the crime branch is not ready to accept his claims”.

It is expected that the SIT would summon these people on Monday by sending them legal notices. The SIT is also expecting to get some vital information from Hussain in coming one or two days.Hussain is the main accused in Intelligence Bureau staffer Ankit Sharma’s killing during the violence. The SIT, however, has not received any big information in the case.

Shahrukh’s police custody extended
A Delhi court on Saturday allowed police three more days’ custodial interrogation of Shahrukh Pathan, who allegedly pointed a gun at a police head constable during the recent communal violence in the national capital’s northeast area. Duty Magistrate Vijay Shri Rathore extended Pathan’s police custody after he was produced before the judge at the end of his four-day remand period amidst high security late in the evening, a lawyer associated with the case said. Pathan, 23, whose picture showing him pointing a gun at unarmed Delhi Police head constable Deepak Dahia during the communal riots went viral, was arrested on Tuesday from Uttar Pradesh’s Shamli district. Police have registered a case against him under relevant sections of the Indian Penal Code (IPC) and the Arms Act. His four-day police custody ended on Saturday.

Now we are on Telegram too. Follow us for updates
TAGS
AAP councillor Tahir Hussain Ankit Sharma killing