Bhushan, who has to appear either personally or through video conferencing on October 23, has to respond to the Council within 15-days of receiving the notice.

NEW DELHI:  The Bar Council of Delhi (BCD) has asked activist-lawyer Prashant Bhushan to appear before it on October 23 following his conviction by the Supreme Court, which imposed a token fine of  Rs 1 on him, in a contempt case. 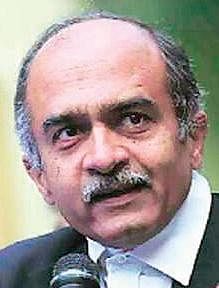 The BCD move has come in pursuance of the resolution of September 6 of the apex bar body, the Bar Council of India (BCI), asking its Delhi chapter to take a legally-mandated decision in this matter keeping in mind the conviction of Bhushan.

BCD has sought Bhushan’s response on as to why proceedings should not be initiated to revoke his enrolment as a lawyer in view of the conviction for his alleged contemptuous tweets against judiciary. Bhushan, who has to appear either personally or through video conferencing on October 23, has to respond to the Council within 15-days of receiving the notice.

A Bar Council of a state grants licence to a person to practice as a lawyer and has wide powers such as suspending or taking away the right of its members in certain situations to practice under the Advocates Act. “You are required to appear in person or through authorized advocate on your behalf on October 23 at 4.00 P.M. in the office of the Council... for personal hearing. You may appear physically or through virtual conferencing as suited to you,” the BCD said in the notice.

Now we are on Telegram too. Follow us for updates
TAGS
Bar Council of Delhi BCD Prashant Bhushan Contempt case