NEW DELHI: Delhi’s tableau rolled down the Rajpath as part of the Republic Day celebrations on Tuesday after a gap of two years.

With Red Fort in the front, replicas of historic places of worship — Shri Digambar Jain Lal Mandir, Gauri Shankar Mandir, Central Baptist Church, Gurudwara Sis Ganj and Fatehpuri Masjid—built along the Chandni Chowk road over the centuries were seen on the top deck.

Two minarets representing Fatehpuri mosque and ornate doorways of havelis in old Delhi reflecting the charms of cultural heritage of bygone era were in the backdrop.

With interspersed sound of prayers from the places of worship, a street vendor and a group of cyclists along the tableau represented the hustle-bustle of Chandni Chowk.

“I felt elated. The tableau was conceptualised to showcase the mile-long Chandni Chowk road as a template for environmental sustainability and local economic development of the Walled City. This is significant since it is perhaps for the first time we saw cyclists on Rajpath accompanying a tableau. It may inspire confidence in the city administrations to support such interventions, which prioritise pedestrian accessibility and safe cycling as essential elements of an inclusive street. 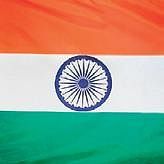 Such interventions are much required for making streets safe for all,” said Nitin Panigraphi, Deputy General Manager (DGM), project and administration at Shahjahanabad Redevelopment Corporation (SRDC). With successful participation of national capital’s montage in the Republic Day parade, a section of government officials associated with the redevelopment project breathed a sigh of relief.

They were apprehensive about the project’s fate after a series of protests at Chandni Chowk when a temple, which was declared an encroachment, was removed by the authorities earlier this month. “Showcasing the ongoing development in Chandni Chowk on Rajpath is apparently a snub to detractors of the projects. Let me set the record straight, the theme of the float is strictly scrutinised and approved after deliberation by the Ministry of Defence (MoD),” said an official, who wished to remain anonymous The project, which began in December 2018, is expected to be completed by March.