Trail round the world

HYDERABAD: Travelling around the world is enjoyable enough and getting stunning photographs is equally rewarding. This is what Hyderabad-based travel writer and photographer Aruna Chandaraju has done. She organised a photography exhibition at Alliance De Francaise recently. Titled ‘Voyage with the Lens,’ 21 photographs on display showcased snippets from countries such as Ireland, Spain, Belgium and other European countries. 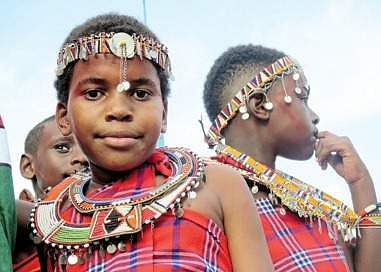 She has visited 30 countries and has used basic Canon Axus camera on auto mode. Pointing to a blue Irish sky in one of the photographs, she says, “I have not edited any of the photographs. The contrast and tone are as they are.”

What appealed to us the most was the photograph of two tribal children in Seychelles who are looking away from the camera. One young boy in his colourful attire looks at the camera with two beads of perspiration resting just above his lips.

In another photograph, Aruna captures the interesting mix of seven coloured earth also known as Chamerel Coloured Earth in Mauritius. The reds, browns, yellows and purples of the sand look kaleidoscopic. There’s a phenomenon attached to it that whoever takes a handful of the sand and mixes the same, it separated in different colours on its own.

She has also covered the pulse of The Grand Place in Brussels, Belgium. The market place looks vibrant with flowers stalls under a winter sky and with people walking. The photographer has managed to utilise her trips abroad for the photography exhibition.