HYDERABAD: Bathukamma festival, which is fondly celebrated by women in Telangana during Dasara entered the Guinness World Records on Saturday. 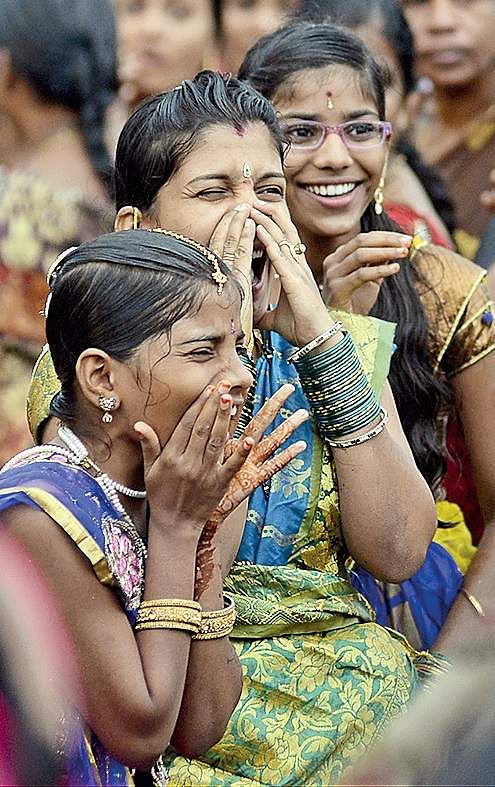 As many as 9,292 women from various parts of the State took part in Bathukamma celebrations held at LB Stadium with a special focus on creating a world record, while Telangana brand ambassador Sania Mirza and Olympian P V Sindhu added glamour to the event. Taking a cue from Kerala women’s Guinness record accomplishment where 5,015 women celebrated Onam in 2015, Telangana women succeeded in ensuring Bathukamma festival create similar world record. In its bid to popularise Bathukamma festival across the globe, the State government held Bathukamma celebrations with 9,292 women at LB stadium here. The womenfolk played Bathukamma by revolving around the Bathukammas (beautiful flower stack arranged with different unique seasonal flowers) by singing folk songs with synchronising steps and claps.

“They performed this dance for 12 minutes at a stretch, making it get into the Guinness World Records like Kerala’s Onam celebrations. The programme recognised by the Guinness World Records committee as world record. Soon, a certificate in this regard will be issued by it,” said GHMC Commissioner Bonthu Rammohan. Earlier, as women started coming to LB Stadium from morning itself, the surroundings wore a festive look making the environs colourful. ‘Bathukamma Bathukamma Uyyalo.. Bangaru Bathukamma Uyyalo’ songs reverberated and filled the air with festivity. Women formed circles around the 20ft tall Bathukamma set up in the middle of the stadium and started performing Bathukamma dance.

Many eminent people participated in the festivities along with their family members.