The stranger also created a fake Facebook profile on her name, through which he sent morphed pictures to the girl and her friends.

HYDERABAD: The Cyberabad cyber crime police on Saturday arrested a private employee from Miyapur for harassing a girl student by morphing her pictures and uploading them on internet to defame her as she rejected his marriage proposal. 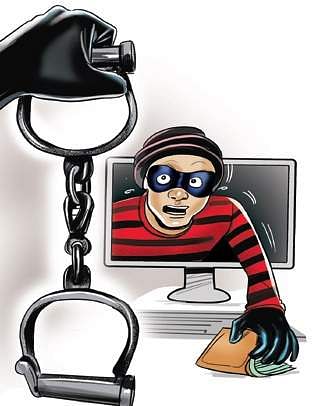 According to Cyberabad cyber crime ACP S Jayaram, the victim, a student, lodged a complaint with the police on March 18, stating that an unknown person has been sending abusive messages to her through WhatsApp and is harassing her.

The stranger also created a fake Facebook profile on her name, through which he sent morphed pictures to the girl and her friends. Based on the complaint, a case has been registered under sections 354 D of IPC, sections 66 C and 67 IT Act by the cyber crime police. During probe, police collected the mobile numbers and IP address of the origination of the pictures and messages and zeroed in on one Kondaboyina Shyam(28) of Miyapur, who lives in the neighbuorhood of the complainant.

Questioning revealed that the girl and the accused met in a marriage and developed friendship. The duo had become close and he had clicked some of her pictures in his mobile phone. When Shyam proposed for marriage, the girl refused and avoided him. “Shyam bore grudge the girl and he morphed the girl’s pictures and sent them to her, threatening to defame for rejection. He created fake Facebook profile and uploaded the morphed pictures of the girl and sent them to her friends on Facebook,” said Jayaram in a release on Saturday. The ACP said that the investigating team has recovered the incriminating evidence from mobile phone of accused and are investigating further in the case.