Hyderabad Metro Rail project has got a major relief in Supreme Court in connection with acquisition of certain properties in Nampally and other areas on Friday.

HYDERABAD: Hyderabad Metro Rail project has got a major relief in Supreme Court in connection with acquisition of certain properties in Nampally and other areas on Friday.

While land acquisition awards passed by the Revenue authorities under the old Land Acquisition Act in the third week of Dec 2013, the owners of these properties approached the High Court that the awards were predated and that they should be paid compensation as per the new LA Act, which came into force from Jan 2014. 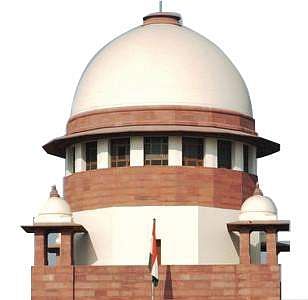 Though the High Court observed that the awards were not predated and that they were correctly passed, it nevertheless asked the state government to pay compensation as per the new 2013 LA Act.

Attorney-General of India, Mukul Rohatgi, solicitor general Ranjit Kumar and advocate general of Telangana, K Ramakrishna Reddy argued the case on behalf of state government and HMRL. After hearing their arguments and the assurance given by the AG, Supreme Court allowed the state government to take possession of the affected properties and proceeded with the Metro Rail project works, subject to payment of compensation as per the final judgment of Supreme Court. With this, the balance 11 affected properties in Nampallyand Ameerpet will be taken possession and the Metro Rail works in these areas will be speeded up, HMRL managing director NVS Reddy said.