In a shocker to the Hyderabad police, who claim to have prevented people from fleeing to Syria to join the dreaded terror outfit  Islamic State, it was found that two youngsters from Golkonda, who wer

HYDERABAD: In a shocker to the Hyderabad police, who claim to have prevented people from fleeing to Syria to join the dreaded terror outfit  Islamic State, it was found that two youngsters from Golkonda, who were influenced by the Islamic State handlers, had gone to Syria in 2015. The Hyderabad youngsters, identified as Arshad Ayub and Abdul Khadeer, joined the ISIS with the help of one of the key IS handlers, Amzad Khan of Ratnagarh in Rajasthan, was arrested by the National Investigation Agency (NIA) on Wednesday. Khan, one of the two key handlers of IS,  was motivating the Indian youngsters to join the terror outfit. 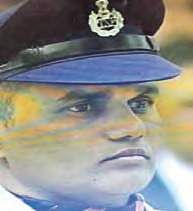 “Arshad Ayub, a resident of Murad Nagar, and Abdul Khadeer of Moti Mahal in Golkonda, are the youngsters from Hyderabad, went to Syria in December 2015 just before the nationwide crackdown on terror suspects. They are now in Syria and  agencies are trying to locate them,” said an NIA official.
That the duo fled to Syria has come to the notice of security agencies during the interrogation of terror suspects Mohammed Nafees Khan alias Fatima Khan alias Abu Zarrar, Mohammed Shareef Moinuddin Khan from Tolichwoki and Mohammed Abdullah Khan from Tolichowki in Hyderabad and Rajasthan native Abu Anas who was working in a software company in Hyderabad.

The duo were friends for a long time. Arshad and Khadeer, along with 17 others arrested in that crackdown in January 2016, were influenced by Amzad and another key handler of IS Shafi Armar alias Yusuf-Al-Hindi.
The officer said Arshad and Kahdeer were also part of the Junood-ul-Khalifa-Fil-Hind, an organisation formed by Amzad and Shafi Armar. Amzad was in regular contact with the Indian youngsters on Nimbuzz, Facebook, Trillian and Telegram messaging applications.

Amzad, an Intermediate pass-out, had introduced himself to the Indian youngsters as Ayan Khan Salafi alias Muhammadi Ayan alias Al Wala Wal Bara, to conceal his real identity. Amzad, who was also in contact with Alamzeb Afridi, the accused in Church Street blast in Bengaluru in 2016, was deported to India from Saudi Arabia on Tuesday and was arrested by the NIA.
It may be recalled that Mohammed Haneef Waseem of Mancherial in Telangana had gone to Syria to join IS in February 2015 and died there in war within a month.