She was eight when her mother left her with a relative. They were playing when he started touching her at various places.

HYDERABAD: She was eight when her mother left her with a relative. They were playing when he started touching her at various places.

This is the story of one of the five actors who narrated the most traumatic instances from their life – the sexual abuse they went through as children and how they carried on the memories into their adulthood.
The 60-minute act, directed by Bengaluru-based Maitri Gopalakrishna and Shabari Rao, struck a chord with audience at different points. 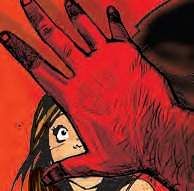 The play, designed to be primarily therapeutic for the players while aiming to start a conversation about Child Sexual Abuse (CSA), has been has been getting a heartwarming response across cities in the country.

With a linear plot, the play through five different stories, highlights war of thoughts in the victim’s head to speak about abuse by a family member, the constant battle between wanting to seek help and not hurting a loved one, grappling with concept of consent.

One of the actors shared: “The times when I was groomed by my uncle, which was for almost six years, I enjoyed it. He said sweet things about me and my body and made me feel appreciated. However, at this point, I cannot trust that touch anymore. It is emotionally so complex, even if out of consent, I don’t trust.”
For long, she wanted the abuser to learn about what he did to her. “Eventually, I came to terms with the fact that his realisation has nothing to do with me believing I was abused. My memory is proof enough,” she said.

“It takes a lot of courage for children and adults to talk about it. The fact is that 88 per cent kids across the world do not speak about abuse,” she said. “Family members ask children not to talk about it because they cannot deal with the discomfort. We need to swallow that and be able to deal with the problem,” she pointed.