Cinema theatres gear up for Baahubali-2 with 4K projectors

Cinema theatres in the state are converting to 4K for the release of ‘Baahubali-2’ in April.

HYDERABAD: Cinema theatres in the state are converting to 4K for the release of ‘Baahubali-2’ in April. Technological advancement in theatres is needed to attract the public, who are glued to TV channels, to theatres.

The 4K projector is the latest fad in the film industry and around 200 cinema theatres across the country are likely to have 4K projectors before April. 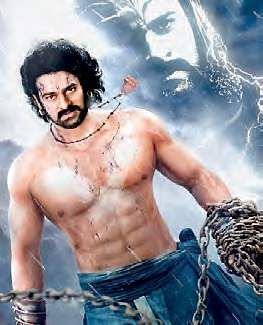 In the state, Asian Cinemas and IMAX and others are believed to have agreed to switch over to 4K projectors. “Legends of Telugu industry have agreed to the needed changes in technology and decided to convert to 4K,” noted director and founder director of Indywood Film Carnival Sohan Roy said.

According to Sohan Roy, ‘Baahubali-1’ was screened on 4K screen in Trivananthapuram in Kerala and collected Rs  3.50 crore revenue in a single theatre.

According to sources, each theatre has to spend Rs  50,000 per seat for conversion of the ordinary screens and projectors to 4K. The conversion of projector and screen will take one week’s time. If the audio system too has to be changed,  it will take five months.

The approximate cost of the change of technology to 4K will be Rs  1 crore.

However, in the run-up to the release of ‘Baahubali-2’ in April, theatre owners need not buy 4K projectors. “Some companies are offering 4K projectors on rental basis. Theatres can rent them,” Roy added.
“There is a marked improvement in the quality of  picture and audio in 4K theatres,” Roy said.