The saga of aphorisms

The smaller an object, the tougher it is to behold the inherent beauty unless seen with a magnifying glass, but at the same time it catches the eye with its fine, minute details that stand out in terms of craft.

HYDERABAD: The smaller an object, the tougher it is to behold the inherent beauty unless seen with a magnifying glass, but at the same time it catches the eye with its fine, minute details that stand out in terms of craft. That’s how art forms like haiku or couplets, despite their brevity, stay luminescent in the sea of the poetic forms. Aphorisms, too, floating on the shores of poetry and philosophy demand the same attention with the concrete images they are shaped with.

The depictions are cohesive and sharp much to the point that the same lingers in the reader’s mind for a long time. It’s interesting to see poets experimenting with this art form especially when much depends on a tiny blue bird and its ‘tweets’. Says Egyptian-American poet Yahia Lababidi as to why he chose to write his new book on aphorisms, “Externally, maybe it’s also a sign of the changing times. After all, I have been using Twitter more and do notice that even my poems are getting shorter. Aphorisms seem suited to shortened attention spans, yet guide us into longer meditations.” His book ‘Where Epics Fail’ is all set to be published soon. 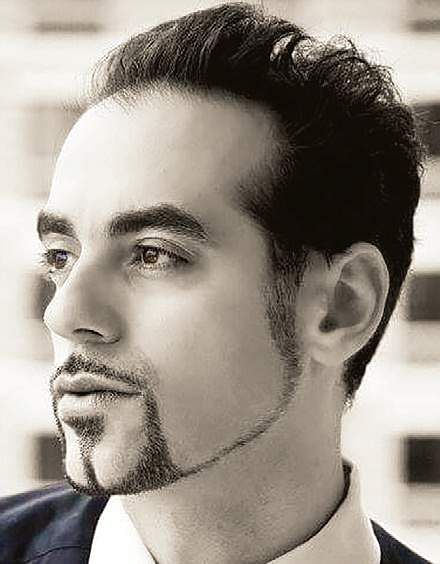 It was Hippocrates who used ‘Aphorisms’ as the title of his book. As the time changed, the term became wider with more inclusions and is known to depict pithy poetic philosophical lines containing truth that can be subjective. It’s the craft of a poet to make the wisdom gilt through the words thus chiselled, polished and incorporated in lines, brief enough that their stay in memory is the flash of a sharp sword that when exposed to light glitters all at once. And sometimes the same is reflected in the deep pool that the soul so lovingly cherishes. Sample these lines by Yahia in the book:

‘There’s poetry for every region of soul.’

The poet’s first book, ‘Signposts to Elsewhere’ was also a book of aphorisms. He wrote it during the years of his late teens and early twenties. Art demands transcendence to take the poet/artist to a certain level for the oeuvre to emerge in all its finesse. Yahia summarises this, “Who knows where the images come from and why, during various stages of one’s life we write in different forms be it poems, essays, or any other literary form. All I know is that, after around a decade of ‘not’ being able to write aphorisms, I began secreting them through the pores, once more.”

The poet can often, even if by mistake, overhear or eavesdrop what dialogue the soul is having with itself or its ‘other selves’, only to return to the craft in different boats. He comes closer to this finding when he writes: ‘The self is a labyrinth at the heart of which awaits the spirit, hoping to be found.’

The poet explores a realm where the questions of existentialism grow with the timber of poetry and for rain look to philosophy. He sharpens his pen, tries to resuscitate the treasures his heart rescues from the mesh of technology where wounds flame as roses. One can hear the poet’s heart in his craft and cherish the same in the aphorism:‘In the same way you can hear the sea in a conch shell, if you press your ear against a work of art, you may overhear the artist’s spirit tossing and turning.’