The telecom firm asked to pay Rs 93,000 for failing to keep the subscriber’s phone activated during his Dubai visit.

HYDERABAD: Vexed with repeated e-mails and telephonic intimations and complaints to have seamless telecommunication services on his mobile in Gulf countries, a Hyderabad-based businessman has won his own case for the second time at the Rangareddy District Consumer Forum. Standing as a ‘party-in-person’, a person who does not take legal aid from a legal counsel, Kamal Khandelwal, an MBA and LLB graduate, won his case against Reliance Communication Ltd (RCom) for failing to activate his mobile number when he was in Dubai. 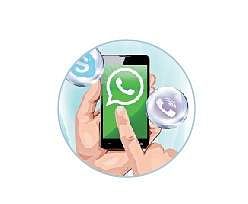 “Despite intimation on several occasions through e-mails and calls, the issue of having a reliable network to send and receive calls never happened,” Khandelwal said. A similar case was earlier filed with Hyderabad Consumer Forum-III in 2015. In his contention, the 35-year-old said he had activated the UAE package by paying `1,626 and an additional amount of `1,373 to avoid unnecessary disconnection.

The counsel for the company did not contest and the verdict was given in favour of the consumer based on evidences. Finding deficiency of service, the forum directed the Mumbai-based company to pay a compensation of `80,000 and `10,000 for punitive damages for unfair trade practice. An additional `3,000 was directed to be given for legal expenses. Interestingly, the consumer ported his mobile number from Reliance Communications Ltd to Reliance Jio Infocomm Ltd, and claimed to have a “better connectivity in Dubai.”He said the consumer forum gives a “good response” if a complainant is a party-in-person.

Consumer wins case against Puma, India
A city-based railway employee won a six-month trial against Puma Sports India for selling an outdated pair of shoes. The consumer represented his own case. He was awarded `10,000 towards compensation and for incurring court costs. The company was also directed to refund `1,593 that was paid towards shoe’s purchase.